There are signs of life in Central Florida. Thursday was a big day for Disney (NYSE:DIS) and Universal Orlando parent Comcast (NASDAQ:CMCSA), and not just because the two are now involved in a bidding war for key entertainment assets that could potentially trickle down the victor's theme parks business. Disney began testing Toy Story Land's Slinky Dog Dash -- Disney World's biggest addition in 2018 -- with select cast members at Disney's Hollywood Studios. Universal Orlando officially unveiled plans for its new nighttime show that will be coming this summer to Universal Studios Florida.

Neither event may seem like a big deal. Theme parks let their employees kick the tires on new rides before regular guests get a crack. Officially unveiling Universal Orlando's Cinematic Celebration is more a formality at this point. Comcast has been building out its lakeside show effects for weeks in public view, even testing the dancing fountains during normal park operating hours earlier this week. Universal Orlando also inadvertently posted and then deleted the announcement of the new addition several days ago.

The developments aren't immaterial. Slinky Dog Dash testing is a good indicator that Toy Story Land will be ready for guests and successful by the official June 30 opening. The positive initial reviews are encouraging. Universal touting a new nighttime show that should debut in the coming weeks -- if not days -- will help make guests forget the poorly received Fast & Furious: Supercharged attraction that has generally been disappointing riders for two months. 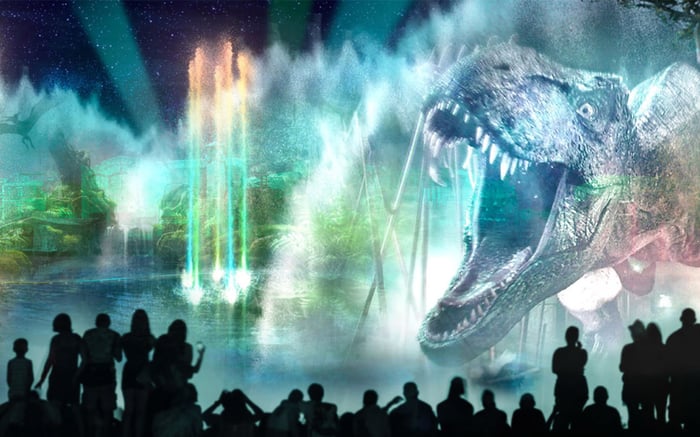 Toy Story Land and Universal Orlando's Cinematic Celebration are arriving at a critical time. When Toy Story Land opens later this month, it will increase the number of actual rides at Disney's Hollywood Studios by 50% (easy math when you're talking about a shows-heavy park that only has four rides at the moment). Universal Orlando's nighttime show should also keep guests around at Universal Studios Florida longer, a clever tactic to drum up its relatively slower dinner business.

We also can't dismiss the intellectual properties being bandied about in the new attractions. Toy Story Land is naturally a tribute to the full-length feature that put Pixar on the map. It also doesn't hurt that Toy Story 4 is set to hit theaters next year. Universal Orlando's Cinematic Celebration will use projections on cascading water screens with clips from the franchises featured at both parks. Maybe the hate for Fast & Furious: Supercharged will taper off once clips from the action series in the nighttime waterfront show weave the entire theme park experience closer together.

SeaWorld Entertainment (NYSE:SEAS) appears to be the only operator that's still fumbling away the telltale travel season in Florida. The record-setting river-rafting attraction has been pitched as a summertime opening for SeaWorld Orlando since it was announced last year, but construction appears nowhere close to being completed in time to soak the first wave of summer visitors.

SeaWorld Orlando has quietly scrubbed its site and social media accounts this month of any reference to a summertime opening. Infinity Falls is now simply pitched as a new ride opening in 2018, likely missing a good chunk of the peak school break when attendance at rival parks will spike.

Theme parks are big business, and summers are huge -- especially for Disney and Comcast, which a couple of years ago shifted to demand-based tiered pricing, with summer visitors paying more for one-day tickets than guests during the slower parts of the year. They appeared to have gotten off to a slow and sloppy start, but everything seems to be coming together at the right time for most of the key players.