Shares of Gray Television, Inc. (NYSE:GTN), the owner and operator of more than 100 television stations spanning 57 television markets, are up 10% as of 11:07 a.m. EDT after the company agreed to buy Raycom Media in a $3.6 billion deal. The combined company will now have 142 full-power television stations serving 92 markets.

The market loves the transaction as Raycom Media is one of the nation's largest privately owned local media companies and the combined company will create the single largest owner of top-rated local television stations. Including anticipated synergies, the transaction price is roughly a 7.5 multiple of Raycom's blended average 2018/2019 estimated operating cash flow. 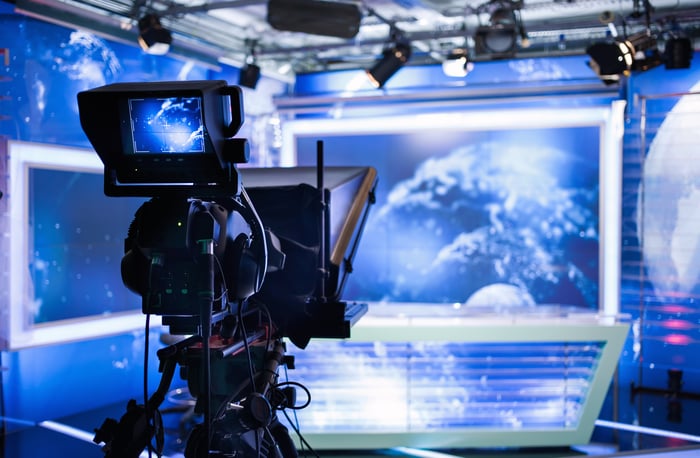 "Together, this new portfolio of leading local media outlets will excel at what they do best, which is to provide the local news that local communities trust, the entertainment and sports content that viewers crave, and the incredible reach that advertisers demand. Indeed, this is a transaction in which there can be no doubt that local community standards will be honored and embraced," said Hilton H. Howell, Jr., Gray's chairman, president, and CEO, in a press release.

The combined company will reach 24% of U.S. television households at a time when traditional media companies need to leverage their reach and audience for advertising revenue. Investors can expect more deals similar to this one as traditional TV, radio, and even newspaper companies try to compete with emerging online media. As the market suggests by pushing shares 10% higher Monday, Gray Television combined with Raycom Media is definitely more competitive and compelling.