Over the first half of the year, lululemon athletica (NASDAQ:LULU) trounced the market, gaining 59% compared to a 2% uptick in the S&P 500, according to data provided by S&P Global Market Intelligence. 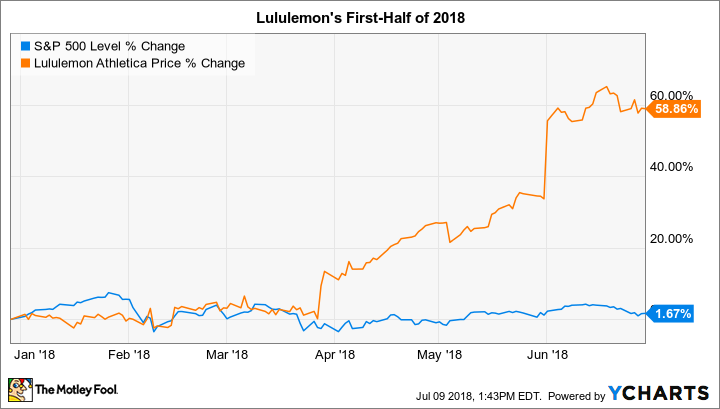 That rally was enough to make the yoga-inspired clothing specialist one of the top retailing stocks so far this year.

Lululemon has given investors plenty of good reasons to send its stock higher. Sales have blown past management's aggressive targets in the last two quarterly reports, including by jumping 19% in the fiscal first quarter. The retailer is also bucking the negative profit trend that's pinching many of its rivals. Rather than pulling margins lower, in fact, surging e-commerce sales are lifting its profitability toward new highs. 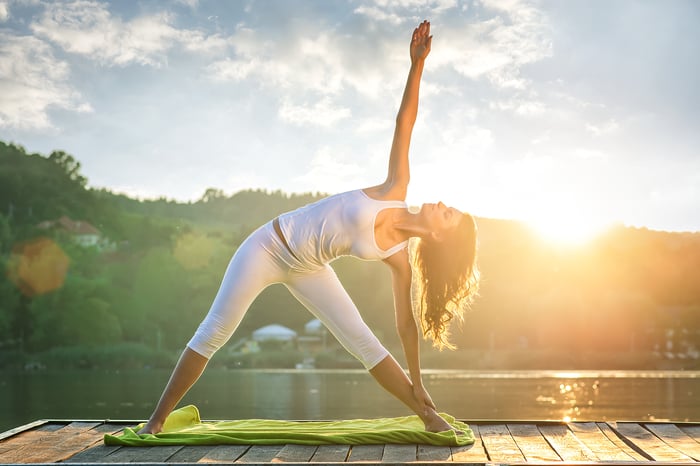 Lululemon is currently hunting for a new CEO after the abrupt departure of its last leader. Meanwhile, the executive team's long-term plan targets reaching $4 billion of annual revenue by 2020. Thanks to the strong first quarter, the retailer is now on track to cross $3 billion in the current fiscal year. If profit margins keep expanding, powered by a string of popular product launches, then Lululemon is likely to generate much-faster earnings growth during that period.