Please ensure Javascript is enabled for purposes of website accessibility
Free Article Join Over 1 Million Premium Members And Get More In-Depth Stock Guidance and Research
By Timothy Green, Travis Hoium, and Jeremy Bowman - Jul 11, 2018 at 7:20AM

Apple has been a great investment. But these stocks could outpace the iPhone maker in the coming years.

Apple ( AAPL 2.15% ) has delivered outstanding returns to investors who bet on the company prior to the launch of the iPhone. Even more recently, the stock has been pushing higher. Over the past five years, shares of Apple have more than tripled.

But the company is now worth nearly $1 trillion, and it's still highly dependent on the iPhone. Can Apple continue to produce market-beating returns? Maybe. But it gets harder as the numbers get bigger. 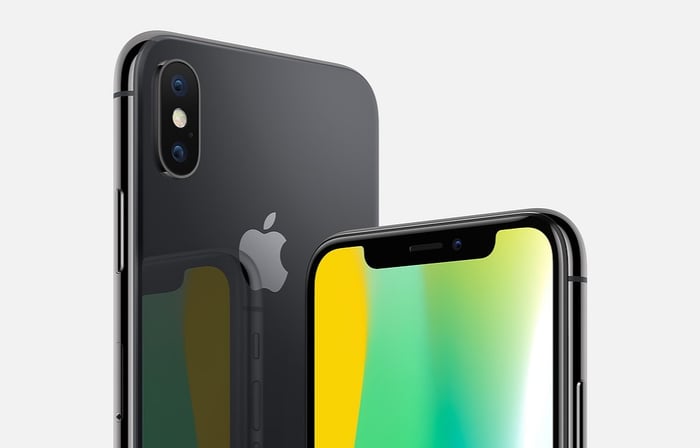 Upending real estate as we know it

Travis Hoium (Zillow Group Inc): Apple has built nearly a trillion-dollar business making electronics for consumers, but Zillow may have much bigger potential if its growth plans work out. Zillow is working to upend the $31.8 trillion housing market -- and that's just the value in the United States. Here's why I think it has a chance to be a game changer in real estate.

Today, Zillow is an advertising platform for real estate agents. The company gathers data about homes sold, estimates the value of each home (Zestimate), allows agents to list homes, and puts all of the information on an easy to use map. But that's just the start of Zillow's business model.

The company plans to start using the data it has about home values to start buying and selling homes. In theory, the company can generate value for sellers by providing an immediate offer to buy their home rather than going through the process of showing a home and make money by buying homes for less than it thinks it can sell them for. The model is being tested in Arizona and Nevada right now and could be brought to more markets if it's successful.

Projecting the potential revenue and earnings from buying and selling homes is difficult but if the company can gain even a mall fraction of the $31.8 trillion housing market it could grow exponentially from the $1.13 billion in revenue generated in the past year. That's why long-term I think Zillow has the potential to grow large enough to put Apple's returns to shame.

Tim Green (Target): Unless Apple comes up with something big, on par with the iPhone, it's hard to imagine the $900 billion stock will beat the market in the coming years. My guess is that Apple's new products will never come close to matching the iPhone's success.

One stock that could potentially beat the market is retailer Target. Target has become much more aggressive this year, launching a slew of online initiatives meant to drive sales. The company rolled out free two-day shipping in March, with a $35 minimum that's waived for REDcard holders. It launched next-day home essentials delivery service Restock nationwide in May, slashing fees and eliminating them for REDcard holders. And it's rolling out same-day grocery delivery via its acquisition of Shipt.

As Target increasingly guns for Amazon.com, the company's base of stores provides a key competitive advantage. Restock orders and many online orders are fulfilled and shipped directly from stores, meaning quicker shipping times and lower shipping costs for Target. Amazon has an unrivaled network of distribution and fulfillment centers, but Target has nearly 2,000 mini-distribution centers all around the country.

Target's profits will probably take a hit as its online sales rise. But the alternative, letting Amazon run away with the e-commerce market, is not an option. In the long run, Target could carve out a big chunk of the online retail market for itself. The company is aiming to increase its online sales of household products and groceries, which together account for about 43% of its total sales.

If Target can successfully grow its online business without decimating its bottom line, the stock could easily trounce Apple.

Jeremy Bowman (Teladoc): Putting Apple's returns to shame won't be easy. Thanks to the invention of the iPod, iPhone, and iPad, the tech giant's stock has jumped more than 18,000% since 2003, when it first began to reinvent mobile technology, creating a trillion-dollar category in smartphones along the way.

To beat those kinds of returns, a company would have to have a huge opportunity in front of it and one such stock that answers that call is Teladoc, the world's largest provider of telehealth services, or providing healthcare through technologies like videoconferencing.

Just as improving mobile technology paved the way for the smartphone industry, it could also do the same for telehealth, as healthcare already represents one-sixth of the economy and telehealth offers more convenience and value, as well as better outcomes than traditional practices.

Teladoc completed 1.5 million telehealth visits last year and estimates that the total addressable market in the U.S. is currently about 417 million visits, representing one third of the 1.25 billion annual ambulatory care visits. Teladoc has grown both organically and through acquisitions over its history, taking over Best Doctors last year, which helped revenue nearly double in 2017.

The company is still operating at a loss, as it's focused on top-line growth and capturing the market opportunity, but that seems to be the right strategy, since profits should eventually follow as healthcare is traditionally a high-margin industry. Considering the company envisions an addressable market nearly 300 times what it's currently serving, the potential growth ahead of it is enormous, especially as it only has market value of $4 billion today. Like Apple, Teladoc has the chance to redefine another segment of mobile technology.