The parent company of Vistaprint fell short of expectations on the top line, but it's more than pleased with its results.

Shares are down around 2.7% in response, so let's dig deeper to get a better idea of what Cimpress accomplished this quarter and what investors should be watching in the months ahead. 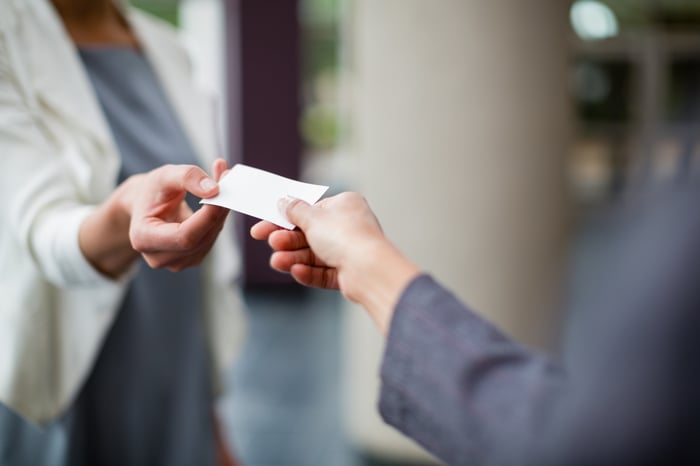 During FY2018, we operationalized the strategic and organizational changes we announced 18 months ago to help us 'stay small as we get big.' These changes placed most of our teams and resources under the direct managerial control of the leaders of each of our businesses. This greatly increased their ability to make progress on (and to thus be held accountable for) key success drivers such as customer satisfaction, the attraction and motivation of talented team members, the delivery of attractive returns on investment, and the operation of our businesses in a socially responsible manner. The collective changes also led to the removal of about $75 million of annualized cash costs from our business, which frees up significant capital for future value creation.

In his latest annual letter to shareholders (opens PDF), Keane also reminded investors that Cimpress does not target specific revenue growth rates for any particular period, noting that growth likely will fluctuate from quarter to quarter or year to year.

Still, he suggested that Vistaprint's constant-currency revenue growth should remain consistent at between 9% and 10% "for the foreseeable future," as it has over the past several fiscal years. Meanwhile, upload and print revenue likely will moderate from the 13% it achieved last year and in fiscal 2017, but should remain in the low-double-digit percent range. National Pen revenue growth should also moderate to the low-double-digit range. And keeping in mind that the all other businesses segment would have grown 40% last fiscal year had it not been for the sale of Albumprinter, Cimpress continues to see the segment achieving double-digit growth going forward.

Of course, Cimpress stock had also climbed more than 60% in the year leading up to these results, which likely is the reason shares pulled back slightly in today's trading. But considering Cimpress' slight top-line shortfall relative to expectations, this was as solid a quarter as investors could have hoped to see. Cimpress continues to march forward with its long-term plans, steadily building on its base and maximizing intrinsic per-share value.