Shares of STAAR Surgical Company (STAA -1.73%) were up 21.5% as of 11:25 a.m. EDT on Thursday. The big jump occurred after the maker of implantable lenses announced its second-quarter earnings results on Wednesday evening.

STAAR reported net sales of $33.9 million in Q2, up 55% from the prior-year period. Implantable contact lenses (ICL) sales soared 67% year over year, with especially strong momentum in international markets. The company also posted non-GAAP earnings per share (EPS) of $0.09, much better than the $0.01 net loss projected by Wall Street analysts.

In addition, STAAR upped its full-year 2018 sales guidance. The company now expects sales growth this year of 25% or more compared to its previous outlook of sales growth close to 20%. 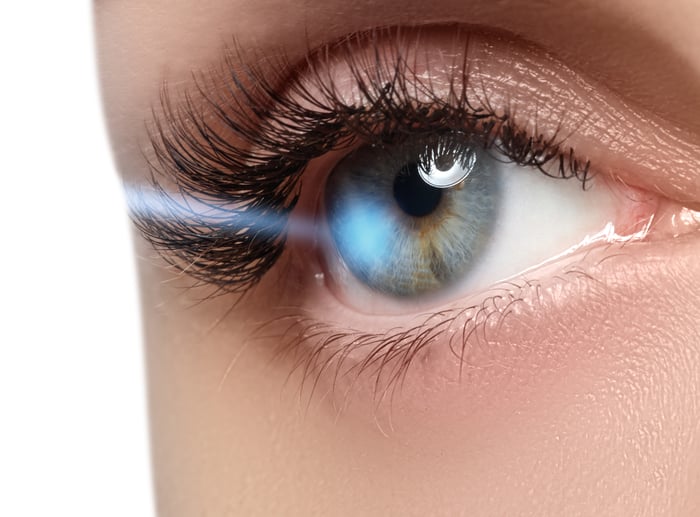 One good quarter doesn't necessarily mean a whole lot. However, STAAR Surgical reported a blowout first quarter in May as well. The company claims a track record of exceeding expectations with at least five consecutive quarters of positive earnings surprises.

The most important takeaway from STAAR's Q2 update is that momentum appears to be picking up nicely in international markets for the company's ICL products. STAAR Surgical CEO Caren Mason stated that ICL unit sales grew 131% year over year in Japan, 127% in China, 64% in Canada, 61% in India, and 30% in Germany. These all represent major markets with tremendous growth.

STAAR also seems to be on track to remain profitable. The company's revenue is growing at a faster rate than its operating expenses. Mason stated that STAAR anticipates at least breaking even in 2018 despite its net loss in the first quarter.

Investors now will want to watch how STAAR Surgical executes on its strategy. The company is firing on all cylinders in international markets. It could soon also experience a big boost in the U.S.

STAAR announced in June that the U.S. Food and Drug Administration (FDA) had lifted its 2014 warning letter after the company addressed issues identified in the letter. Mason pointed out that this action was "a positive step toward moving forward with the required regulatory approval processes for our Toric and EVO family of lenses in the United States."

Why Shares of STAAR Surgical Jumped 23.7% This Week

2 Ravenously Growing Stocks to Buy and Hold No Matter What