Please ensure Javascript is enabled for purposes of website accessibility
Log In Help Join The Motley Fool
Free Article Join Over 1 Million Premium Members And Get More In-Depth Stock Guidance and Research
By Brian Feroldi - Aug 6, 2018 at 8:16AM

Sales jumped 39% as new customers flocked to the platform and existing ones increased their spending.

Appian (APPN 8.60%) reported its second-quarter results on Thursday, Aug. 2. The low-code software maker reported revenue growth of 39% thanks to the combination of new customer acquisition, a 119% subscription revenue retention rate among existing customers, and a one-off perpetual software deal. This figure grew much faster than management had previously predicted. 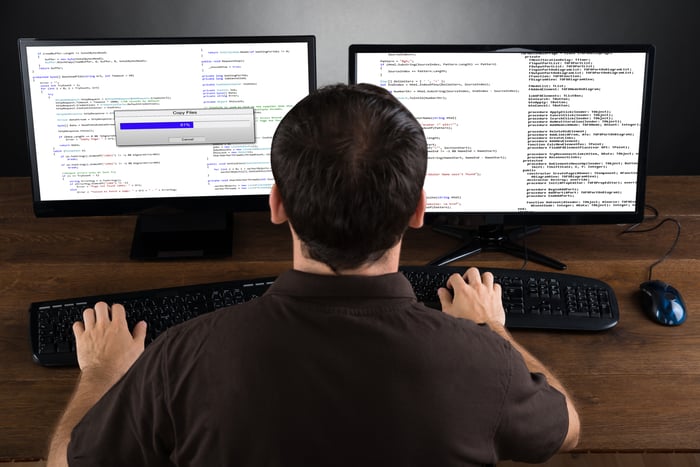 As usual, CEO Matt Calkins remained modest with his quarterly commentary, stating that "Appian is winning on flexibility and deployment speed." He also noted that many new customers are ramping up their spending on the platform in a matter of quarters after they experience early success with it.

CEO Calkins also noted that the company's decision to create strategic alliances with partners such as consulting firms is paying off:

Partners are increasingly helping us add new customers. So far this year they've influenced 68% of our new logos compared to 50% in the year-ago period. This quarter a longtime partner referred $1 million deal to us with an employment services contractor for the British government. They've purchased Appian to replace a home-run system that administers occupational health assessments. We won this deal thanks to the strength of our partnership.

Appian's CFO Mark Lynch projects that subscription growth will remain very strong in the upcoming quarter. However, his guidance predicts that total revenue growth is expected to lag its subscription revenue growth considerably. That indicates that professional services revenue won't grow much in the period ahead:

On the plus side, the better-than-expected second-quarter results allowed management to boost its guidance across the board for the full year:

Appian's stock declined by high single digits on the morning following this earnings release. The fall is likely attributable to the slowing revenue growth projection for the third quarter. However, shareholders shouldn't be too worried about the guidance, because service revenue is low margin and can be lumpy from quarter to quarter.

Looking further out, Appian's strong quarterly results and the boost to full-year guidance clearly indicate that the platform is a hit with users. With room left for growth, shareholders should be cheering on management's decision to spend aggressively on sales and marketing.