Please ensure Javascript is enabled for purposes of website accessibility
Log In Help Join The Motley Fool
Free Article Join Over 1 Million Premium Members And Get More In-Depth Stock Guidance and Research
By Tyler Crowe - Aug 6, 2018 at 11:48AM

One of the biggest fears for anyone who invests in master limited partnerships is when the partnerships' lucrative payout looks compromised. For the first time, Holly Energy Partners' (HEP 0.12%) quarterly payout didn't seem that secure. While cash is coming in the door, it isn't keeping pace with the demands of the company's distribution.

Let's take a look Holly's most recent quarter to see if this is a long-term trend, or if management has plans to turn this cash-crunch issue around. 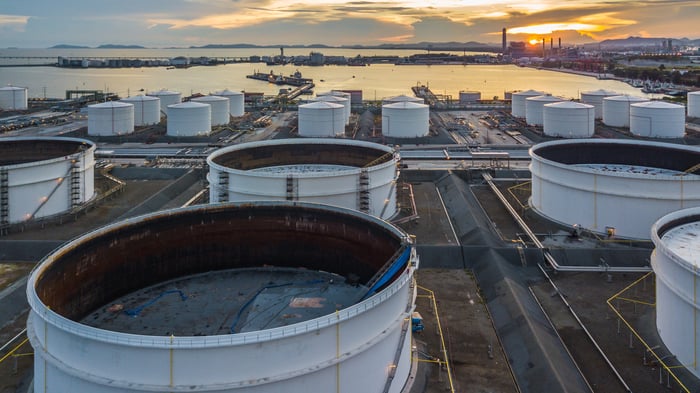 This past quarter, Holly Energy Partner's results declined just enough compared to the prior quarter to raise a couple of eyebrows. Both top- and bottom-line results were down, and the largest culprit for the decline in earnings was higher interest expenses related new debt for recent acquisitions.

The greatest concern right now is that the company's distribution coverage ratio slipped to 0.97 this past quarter. This means more cash is going out the door in the form of distributions than what the company generated in the quarter. Management said this was a one-time event as its fee-based contract tariffs all increased on July 1st and that there were some seasonal outages for some of its assets. It expects that coverage should remain above 1.0 throughout the rest of 2018. At the same time, though, the company's distribution coverage ratio has been steadily decreasing in recent quarters, and there aren't a whole lot of new assets going live in the rest of the year. 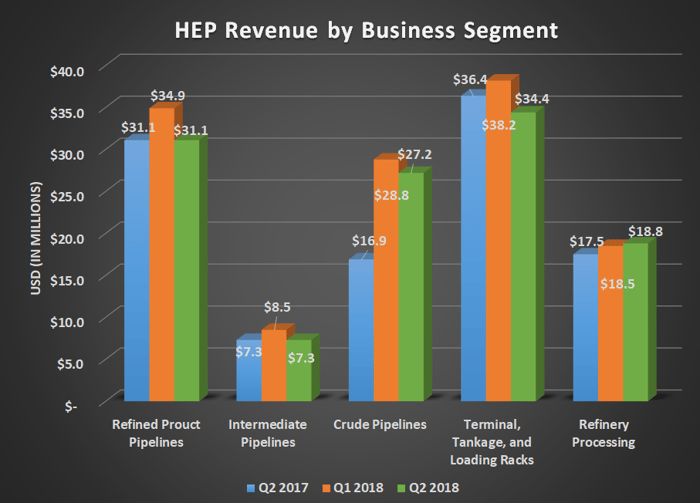 One hopeful sign is that management has increased its capital spending estimate for the year from $50 million-$60 million to $60 million-$70 million. Holly Energy Partners announced that it was looking into building an additional refined petroleum product pipeline that would connect its truck-loading rack facility under construction in Orla, Texas, with Midland, Texas. This would be one of Holly Energy Partners' largest organic growth projects to date.

On Holly Energy Partner's conference call, CEO George Damiris highlighted the recent announcement to expand its Permian Basin footprint as well as a previously unannounced acquisition it made in the second quarter.

As we look toward the second half of 2018, HEP plans to continue expanding our logistics infrastructure to serve the growing distillate demand in the Permian Basin. In May, we announced our intention to construct a new truck loading rack in Orla, Texas. This facility will be able to deliver up to 30,000 barrels per day of diesel that would otherwise be rail or tuck into the area. Construction is under way, so we expect this rack to be operational by the end of the year.

With regard to the third party M&A, we continue to take a disciplined approach to leverage our relationship with HollyFrontier to explore our position opportunities. In the second quarter, we completed the acquisition of Catoosa Lubricants Terminal of approximately $5 million. Terminals is roughly 20 miles from HollyFrontier's lubricant plant and HollyFrontier is the primary customer. 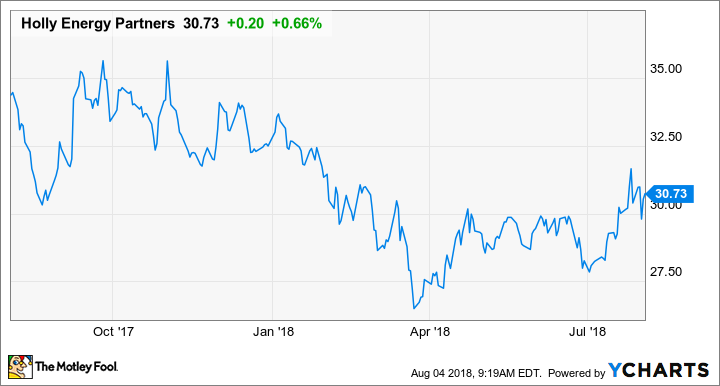 The good news is that Holly Energy Partners is increasing its capital spending rate and finding growth projects that will grow the business. That was looking like quite the challenge for the company as it had a rather small asset footprint, and parent company HollyFrontier didn't have any more assets left to drop down that would best fit the master limited partnership structure.

The one thing we're left wondering is if these capital projects will be enough to maintain Holly's distribution growth. While the company will benefit from its yearly price increases around this time of the year, it won't be enough without a queue of new projects to replenish the growth pipeline.