The specialty pharma company announced record results for the second quarter of 2018.

Shares of Horizon Pharma (HZNP 0.28%) jumped over 11% today after the company announced second-quarter and first-half 2018 earnings. The pharmaceutical company reported $302.8 million in net product revenue during the most recent quarter, including a record $201.7 million from the new orphan and rheumatology business segment.

The commercial portfolio's strong start to the year allowed management to increase full-year 2018 adjusted EBITDA guidance to a range of $400 million to $420 million, up from the previous range of $390 million to $415 million.

As of 3:34 p.m. EDT, the stock had settled to a 10.8% gain. After sporting one of the lowest valuations in the healthcare sector, shares have now posted a year-to-date gain of nearly 38%. 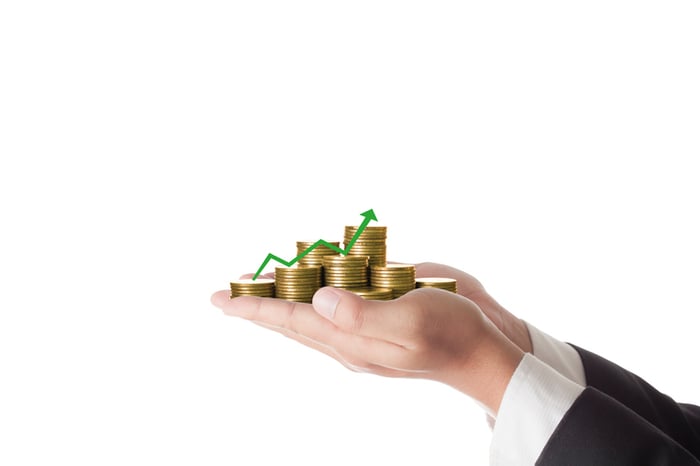 The second quarter of 2018 was the first in which Horizon Pharma divided operations into two segments: orphan and rheumatology (the strategic growth business) and primary care (legacy operations). Investors can now see why, as the commercialized drug portfolio was responsible for two-thirds of total revenue during the quarter.

Chronic gout treatment Krystexxa drove the orphan and rheumatology segment's performance by delivering 51% year-over-year growth in the first half of the year, or an additional $35.4 million in net revenue compared to last year. The best may be yet to come: management expects full-year net sales growth of more than 65% compared to 2017.

Management maintained its previous guidance for full-year 2018 revenue, which is expected to fall in the neighborhood of $1.185 billion, but it increased its expectations for adjusted EBITDA for the second straight quarter. And although the business reported an operating loss of $125 million for the first six months of 2018, that marks a significant improvement from the $291 million operating loss reported in the year-ago period.

While there's still a ways to go before the business can deliver consistent profits, it appears to be on the right trajectory as far as long-term investors are concerned. The stock's sudden surge since the beginning of May suggests Wall Street is finally paying closer attention to the potential of Horizon Pharma's platform, and investors interested in the healthcare sector may want to do the same.