Shares of Sangamo Therapeutics, Inc. (NASDAQ:SGMO) are popping today, up 13.6% as of 12:05 p.m. EDT, following the biotech's announcement of positive preliminary results from a phase 1/2 clinical study evaluating gene therapy SB-525 in treating hemophilia A. The news was revealed in the company's second-quarter earnings, reported after the market closed on Wednesday.

Sangamo stated that five patients have been dosed so far in the study at three dose levels. Another patient should be dosed later in August. The first patient to receive the third dose of SG-525 has achieved therapeutic Factor VIII activity levels that are associated with reduced and even elimination of bleeding caused by hemophilia A. Other patients who have received two dose levels have been able to reduce their use of factor replacement therapies. 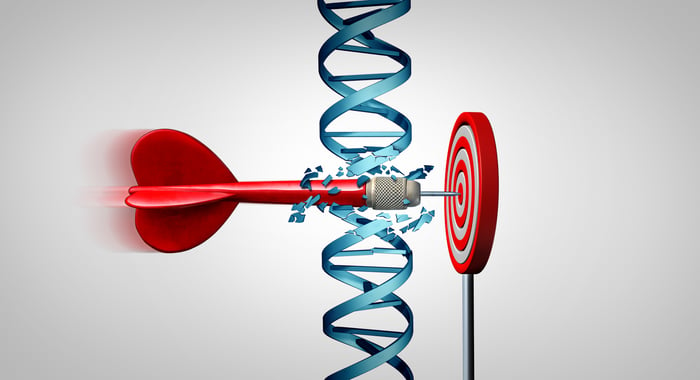 Sangamo's update is certainly encouraging, especially the news of the patient who has received the third dose of SB-525 and achieved therapeutic Factor VIII activity levels. Basically, this means that the gene therapy appears to be working really well in boosting Factor VIII, a blood protein involved in clotting. Hemophilia A is caused by a genetic deficiency in this protein. Without enough Factor VIII, the blood won't clot as it should and any wound can bleed excessively.

The other good news for Sangamo is that SB-525 appears to have been well-tolerated so far. The company said that there have been no treatment-related serious adverse events and tapering courses of oral steroids haven't been needed.

These early results were also good news for Pfizer (NYSE:PFE). The big drugmaker licensed SB-525 last year from Sangamo. Pfizer will be responsible for funding development of the gene therapy after the phase 1/2 study and for commercialization if SB-525 wins approval.

However, it's still very early. Sangamo's phase 1/2 study isn't scheduled to wrap up until early 2022.

Sangamo and Pfizer plan to present more details on the preliminary data from the study of SB-525 in the fourth quarter of 2019 at a major hematology conference. Investors will be eager to find out if there were any "gotchas" not revealed in today's announcement.

There's a lot more to watch with Sangamo as well. The biotech has other phase 1/2 clinical studies underway, including SB-318 in treating rare genetic disease mucopolysaccharidosis type I (MPS I) and SB-913 in treating MPS II. Both SB-318 and SB-913 are therapies that use zinc-finger nuclease (ZFN) gene editing.

Sangamo also has another gene therapy candidate in phase 1/2 clinical testing. The biotech is working with Bioverativ, which was acquired earlier this year by Sanofi, on a gene therapy targeting treatment of rare blood disease beta-thalassemia.