Its new generation of graphics cards have the horsepower to make games look more lifelike, and could keep NVIDIA way ahead of the competition.

NVIDIA (NVDA 4.10%) has been enjoying great momentum ever since it launched its Pascal generation of graphics cards for PC gamers in 2015. Since then, NVIDIA's revenue from its gaming segment has climbed 142%, and the stock price has skyrocketed 1,120%.

Recently, NVIDIA announced its new Turing generation of graphics processing units (GPUs). These new graphics cards are expected to take graphics fidelity in video games to new levels of realism, and could potentially place NVIDIA in a strong competitive position in the short term against its main rival Advanced Micro Devices (AMD 7.31%). Gaming will never be the same

At Gamescom 2018, NVIDIA announced its new Turing generation of graphics chips, featuring what's known in the world of computer graphics as real-time "ray-tracing" -- the first time this technology has been included in a GPU. Ray-tracing allows engineers to render lighting and shadow effects more naturally in computer-simulated environments. NVIDIA claims the new Turing RTX 20-series graphics cards can render these effects in video games on par with its $68,000 DGX supercomputer, leading CEO Jensen Huang to state that "computer graphics will never be the same again."

During the presentation, Huang and several game makers demonstrated examples of upcoming video game releases using NVIDIA's RTX technology. They showed in-game scenes of light reflecting off windows and wet streets, and colors from different light sources blending together naturally, as you'd expect them to in the real world.

The new Turing chip has 18.9 billion transistors -- the second-largest chip ever made, according to Huang. The only one larger is NVIDIA's V100 chip, which powers the DGX. 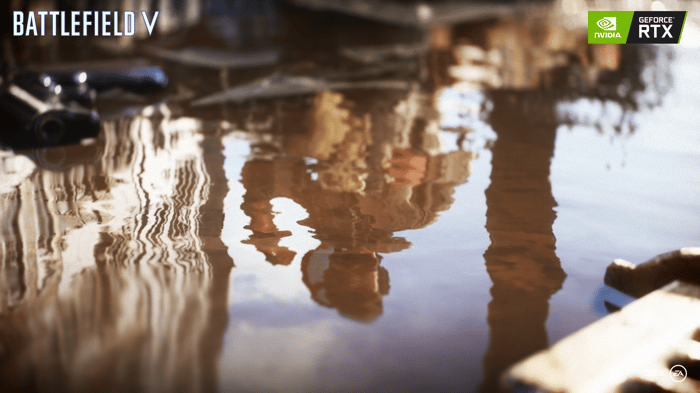 A big leap over Pascal

Just looking at the lowest card on the scale out of the three, the $499 RTX 2070 could be more powerful than the GTX 1080 Ti -- currently the most powerful card on the market for gaming.

Additionally, the RTX 2070 packs 45 trillion ray-tracing operations per second (RTX-OPS), which the company claims is several times the performance of the GTX 1080 Ti or even the Titan X.

The RTX 2080 and 2080 Ti just get more powerful from there, with the RTX 2080 Ti reaching up to 78 trillion RTX-OPS and having much higher memory bandwidth.

Where does this put NVIDIA in the competitive landscape?

One of the trends driving growth in NVIDIA's gaming segment lately has been a strong upgrade cycle for Pascal 10-series GPUs. Historically, NVIDIA has done a good job of managing its GPU lineup so that there's competitive performance at every price point. Also, NVIDIA's cards generally require less power to run than AMD's cards. The new Turing 20-series cards enhance NVIDIA's position on both of these fronts.

For one, with the new Turing cards set to fill out the high end of the price spectrum, the current high-end cards like the GTX 1080 and 1080 Ti (which currently retail for about $500 to $700) should become much more affordable as their prices fall this autumn, as typically happens when new technology is introduced. This could lift demand considerably for these cards, which are powerful enough to run any video game on the market right now.

Also, the new Turing cards show NVIDIA delivering state-of-the-art performance while keeping a lid on energy requirements. When it launches, the RTX 2080 Ti will be the most powerful card on the market and will require just 260 watts of power to run. This compares very favorably to AMD's top card (Radeon Vega 64), which will be less capable than the RTX 2080 Ti but will require more power at 295 watts.

NVIDIA already has a very competitive GPU lineup based on benchmark testing. But with the high-powered Turing cards with ray-tracing technology coming to market, NVIDIA is making it awfully tough on its rival to keep up with its pace of innovation. Not only that, but if prices for NVIDIA's 10-series cards drop low enough, NVIDIA could also undercut AMD on price.

As gamers look to upgrade ahead of several big-budget games releasing this fall, NVIDIA seems to have the most competitive GPU lineup, which bodes well for its market-share lead.