This demographic cohort shares some older tech habits with prior generations.

There's a pervasive belief that Gen Z, the digital-native generation born after 1997, is abandoning older technologies like traditional TVs, desktop PCs, and printed books. However, a recent survey by Ad Age Studio 30 and UNiDAYS revealed some surprising results. 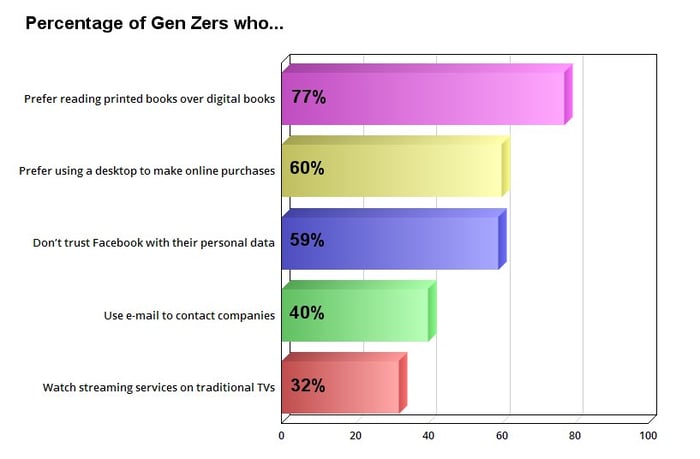 These figures don't mean that Gen Zers are eschewing newer technologies. Indeed, 61% of respondents had fully switched over to streaming services, 98% owned smartphones, and about 80% consumed news through social media.

The survey is bad news for Facebook (META -0.39%), which is losing younger users as it tries to regain the public's trust after the Cambridge Analytica scandal. The company still retains younger users through Instagram, but a survey this spring from Hill Holliday's Origin found that 34% of Gen Zers planned to leave social media due to time management, privacy, and self-esteem concerns.

Gen Z appears to be a digitally savvy generation, but it also clings to certain analog habits while maintaining some skepticism regarding mobile and social platforms.