Cravings for Mexican beer continue to grow at a fast pace in the U.S., while the taste for domestic beers lags. Sales of imports increased 8.4% last year, driven by Mexican beers, which represented about 70% of sales of imported beer, according to data from IRI Worldwide. Nine Mexican beer brands ranked in the U.S. Top 54 by sales.

Domestic premium beers like Bud, Coors, and Miller still dominate, with about 40% of sales in the U.S. market. But the premium brands saw sales in dollars erode by 2.9% in 2017, according to information from IRI.

Craft beers and domestic ultra-premiums like Michelob Ultra are attracting consumers, with revenue up 5.6% and 11.3% respectively in 2017. But with IRI data showing craft beers holding 12% of the U.S. market and ultra-premiums 7%, it takes both to roughly equal the sales power of imports.

Constellation Brands sells some of the top-selling Mexican beers in America and isn't content to simply ride the wave of popularity. The company continues to look for new ways to grow. 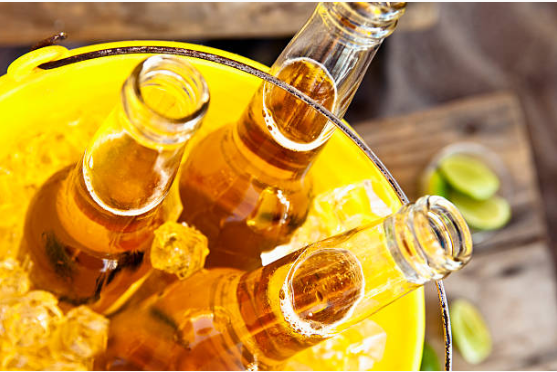 Constellation Brands (NYSE:STZ) held two of the top seven spots in last year's IRI ranking of beer sales with Corona Extra and Modelo Especial. In total, the company saw beer sales up 10% in the fiscal year that ended at the end of February, and first-quarter results were equally bright, with 11% growth. In the last fiscal year, the company attributed the jump in beer sales to the increasing popularity of its Mexican beers and increased pricing on Mexican beers in some markets.

The popularity of Mexican beers isn't new. Corona's leadership position started 20 years ago when it took the No. 1 cases-sold spot from Heineken on the import list. It ranked as the top-selling import last year, too. Modelo Especial has enjoyed double-digit gains for 30 years, according to Constellation spokesman Mike McGrew, as quoted by the Chicago Tribune. How have the brands sustained their popularity and growth? It's not just the size of the Hispanic market in the U.S. Hispanics made up about 18% of the U.S. population in 2016 and according to Nielsen consumer behavior data, beer consumption among Hispanics is higher than the U.S. average. But the total U.S. Hispanic population increased just roughly 2% in 2017 (equal to the previous year's uptick), so the brand growth is a bigger story.

The popularity of Mexican beers in the U.S. is fueled by:

While its core business benefits from good beer, favorable demographics, and great marketing, Constellation Brands is also focused on innovation, acquisition, and expansion.

Hitting growth and income goals will not be an easy layup for Constellation Brands this year as it faces challenges on the raw material, freight, and transportation fronts. But the company's stars align well with Mexican beer trends, putting it in a better position than many competitors.