The citrus production and real estate development company is a bit more fairly valued after a tough third quarter.

Santa Paula, California-based Limoneira Company's (LMNR 1.19%) fiscal third-quarter 2018 results included disappointing sales and an earnings guidance revision, both of which pressured its stock. Shares of the 125-year-old citrus grower and real estate development company have shed roughly 15% of their value since the trading session following its Sept. 10 earnings release. Let's review both critical numbers and details of the quarter below to see if Limoneira's recent swoon has provided a buying opportunity. 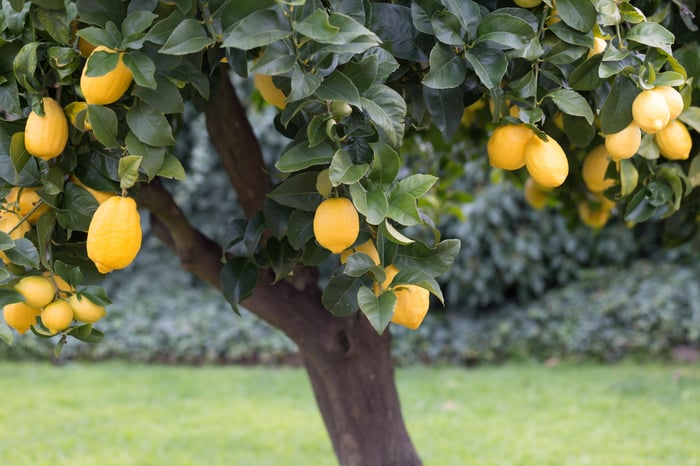 Should you buy after the dip?

Limoneira's management decreased earnings estimates for the full fiscal year alongside earnings. The company now expects operating income for fiscal 2018 to fall between $15.1 million and $16.1 million versus a previous estimate of $15.7 million to $17.8 million. This lowers the midpoint of the initial range from $16.8 million to $15.6 million -- a 7% reduction.

Limoneira anticipates full-year adjusted earnings per share (EPS) of $0.65 to $0.70, against a prior band of $0.65 to $0.75. The amended number includes $0.06 from share dilution plus $0.02 in accretion (i.e. addition to EPS) from the San Pablo Ranch acquisition -- the Oxnard acquisition won't be accretive to earnings until 2019.

Both operating income and EPS revisions bear the impact from the weaker avocado sales. However, the bulk of this year's harvest has been sold, and this allowed management to tighten its forecast to more precise ranges. 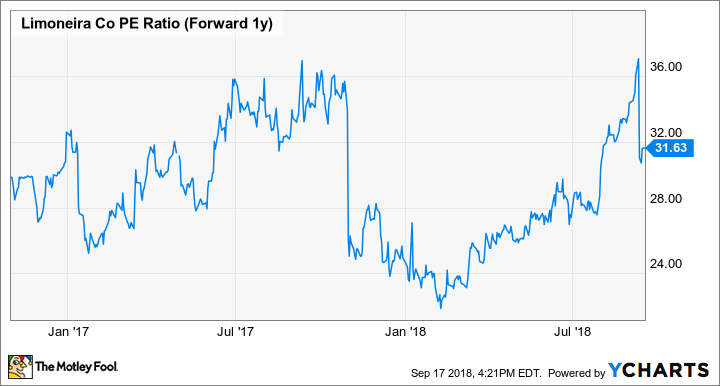 Limoneira's forward PE ratio is now within range of the Russell 2000 index's average forward PE of 27.5. Limoneira is itself a member of the small capitalization index -- its current market cap stands at roughly $500 million.

These shares may hold some interest for those interested in long-term agricultural investments. Limoneira expects that its recent acquisitions will add $0.14 to $0.18 per share in adjusted earnings in fiscal 2019. Looking out further, the company's development pipeline of arable acreage is projected to increase its lemon supply by 30% over the next four years. Finally, management's appetite for new citrus acreage and other acquisitions, along with real estate development projects in process, point to the company's ability to maintain revenue and earnings growth in the coming years. For a citrus boost to your portfolio, consider adding a small position in LMNR.