Find out the good news for these cannabis-related companies.

The stock market pushed higher on Thursday, as major benchmarks bounced back from their late-session drop Wednesday following the Federal Reserve's decision to raise interest rates. Short-term rates have now climbed by 2 full percentage points from their lows, and the central bank has acknowledged that its monetary policy stance is no longer unusually accommodative, instead balancing inflation concerns with the desire to foster economic growth. Even as the broader market posted gains, some companies in the red-hot marijuana industry saw much larger increases in their share prices. GW Pharmaceuticals ( GWPH ), Tilray ( TLRY ), and Aleafia Health ( ALEAF 3.89% ) were among the best performers on the day. Here's why they did so well.

GW Pharma gets good news from the DEA

Shares of GW Pharmaceuticals climbed 7% after the company obtained a groundbreaking ruling from the U.S. Drug Enforcement Administration. GW's Epidiolex gained approval back in June from the U.S. Food and Drug Administration to treat patients with two specific forms of epilepsy, setting the stage for a potential commercial release. However, because Epidiolex is formulated from cannabidiol, which is derived from marijuana, the DEA had to weigh in on how to classify the newly approved drug. Today, GW announced that the DEA had moved Epidiolex to Schedule V, which is its lowest restriction classification. Investors see the move as a last hurdle before commercialization, and they hope the DEA ruling is just the first of many to help marijuana-based treatments gain recognition for their favorable qualities. 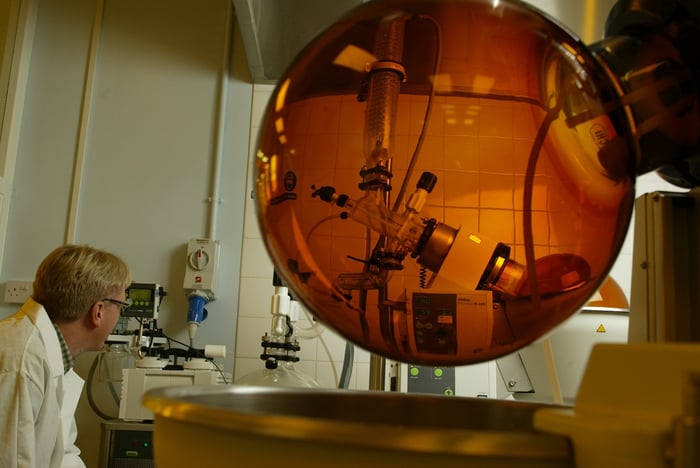 Tilray climbs out of its hole

Tilray stock rebounded nearly 15%, regaining a small portion of the $200-per-share plunge that it suffered recently. Early yesterday, news broke that the marijuana company had reportedly entered into an agreement with 7Acres, a subsidiary of Supreme Cannabis ( SPRWF ), to supply Tilray's Canadian division with dried cannabis. Tilray's expected to use the products to help its medical cannabis customers within Canada. Yet with the deal worth only about $9 million, today's move in Tilray stock more likely reflects GW Pharma's news, because Tilray has already made significant efforts to be a supplier of choice to pharmaceutical companies and researchers looking at potential medical uses for cannabis.

Finally, shares of Canadian supplier Aleafia Health jumped 1%. The Toronto-based company entered into a memorandum of understanding with peer CannTrust Holdings to supply cannabis to the processing and packaging specialist, with CannTrust having the right to purchase as much as 15,000 kilograms of cannabis from Aleafia during 2019. Aleafia CEO Geoffrey Benic was pleased with the deal, seeing it as "a testament to the sustained momentum of Aleafia's business strategy." With two production facilities and a medical cannabis clinic network with 50,000 patients, Aleafia hopes to become a bigger name in the marijuana space in the months and years to come.