If it's true that children are our future, it's a safe assumption that Walt Disney (NYSE:DIS) and Mattel (NASDAQ:MAT) have a firm grasp on the present. The top dog in family entertainment and the iconic toy maker are the memory makers of our childhood. Unfortunately for investors, the two stocks -- much like kids in the whimsical splendor of their youth -- don't seem to want to grow up lately.

Shares of Disney and Mattel have lagged the market lately. Disney has risen by less than 16% since the start of 2017, a positive showing but well shy of the market averages. The stock has yet to take out the all-time highs it set three summers ago. Mattel stock has been a disaster, falling by more than 40% since the beginning of last year (though trying to stage a recovery with a 2% uptick so far in 2018). The two companies specialize in getting folks to play around, but which of these two stocks isn't playing around? Let's compare them head-to-head to see which kid-friendly company comes out on top. 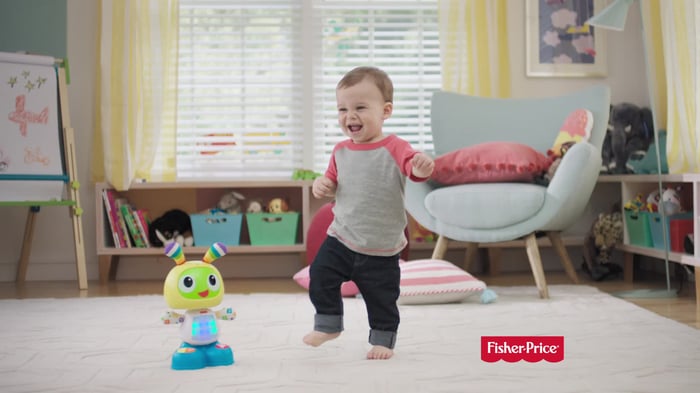 It's not a fair fight

Mattel's slide isn't an accident. It's working on its third straight year of declining revenue, and it's taken a big hit with the bankruptcy liquidation of Toys "R" Us. Mattel has made some bad bets on playtime trends. Consumers and investors aren't in a forgiving mood.

Revenue plummeted 14% in its latest quarter, and while Toys "R" Us clearing out its stock of Mattel toys held things back, it's a shock to see the American Girl line -- once the shining beacon of big-ticket growth -- take a 32% hit. Two standouts for Mattel were Barbie and Hot Wheels with double-digit percentage gains, but that only illustrates how badly Mattel is faring everywhere else. Mattel's net loss more than quadrupled.

Disney is holding up considerably better. Revenue has risen 7% through the first nine months of fiscal 2018, fueled by double-digit percentage gains in both revenue and operating income for its theme parks and studios segments. Disney has struggled lately with consumer products -- and cord-cutting at ESPN continues to cap its media networks growth -- but the sum of its parts continues to move in the right direction.

Mattel has struggled to manage expectations. Its profit -- and lately lack of profit -- has clocked in worse than analyst targets in each of the past four quarters. Disney, on the other hand, has landed ahead of Wall Street pro targets every quarter over the past year.

It's hard to give Mattel the nod here, even though it packs half of the price-to-sales multiple of Disney. Mattel is a mess. It's not profitable at the moment, and it's hard to find a catalyst that could catapult it back onto holiday wish lists with the same kind of fervor that it once commanded. It's easy to get excited about the recent launch of Mattel Films as a smart way to monetize its franchises through filmed entertainment, but stealing Disney's playbook isn't enough. Disney is the better buy here, and in this particular battle, it's not even close.