Revenue in the fiscal fourth quarter hit a record $1.06 billion, up 11% from a year ago, and adjusted earnings per share rose to $2.68. Both top- and bottom-line results beat analysts' expectations, which called for $1.01 billion in sales and an adjusted profit of $2.56 per share. However, the lighting company warned that input costs were spiking, in part due to tariffs that President Trump has implemented as part of his trade war with China. 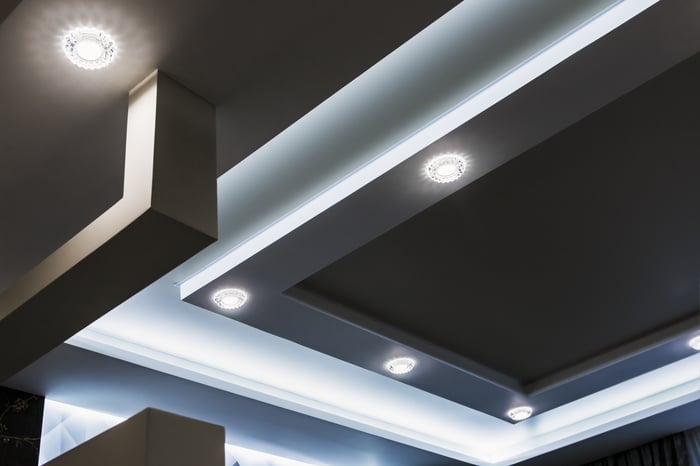 The most significant factors impacting our fourth quarter operating profit and margin were changes in price/mix as well higher input costs for various items such as electronic components, freight, wages, and certain commodity-related items, such as steel. Many of these input costs experienced dramatic increases in price in the fourth quarter due to several economic factors, including previously announced and enacted tariffs and wage inflation due to the tight labor market.

Acuity estimates that these items adversely impacted gross profit by over $20 million.

Nagel said Acuity is "cautiously optimistic" for the next fiscal year, saying that the North American lighting market is expected to grow in the low single digits. The company will be passing along some of the increased costs to consumers in the form of higher prices, while also trying to cut costs in other parts of the business. Many of the company's components are imported from China and are being affected by tariffs, and CFO Richard Reece also noted on the call that 15% of the company's finished goods come from China and are impacted.

"We are aggressively seeking to mitigate the impact on our profitability of these added costs," Reece said. "Our mitigation efforts include a variety of activities, such as finding alternative, non-Chinese suppliers, in-sourcing the production of certain products, and as Vern mentioned earlier, raising prices."