Shares of Sirius XM Holdings (NASDAQ:SIRI) took a spill in September as investors gave a thumbs-down to its acquisition of Pandora Media (NYSE:P). According to data from S&P Global Market Intelligence, shares of the satellite radio service finished last month down 11%. As you can see from the chart below, most of the sell-off came as it announced its takeover of Pandora toward the end of the month. 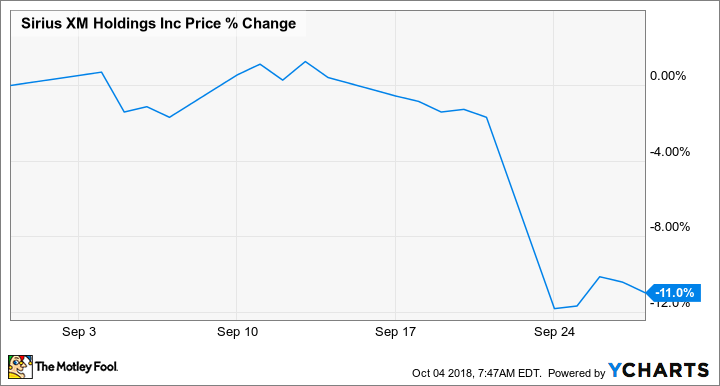 In a deal that wasn't a total surprise (as Sirius had taken a minority stake in Pandora last year), the satellite-radio provider said it would take over the internet-radio specialist in an all-stock transaction valuing Pandora at $3.5 billion. Sirius said that the transaction will create the world's largest audio entertainment company. And it touted cross-promotional opportunities that will allow Sirius to leverage Pandora's ad network and give Pandora access to Sirius' exclusive content and relationships with auto manufacturers. 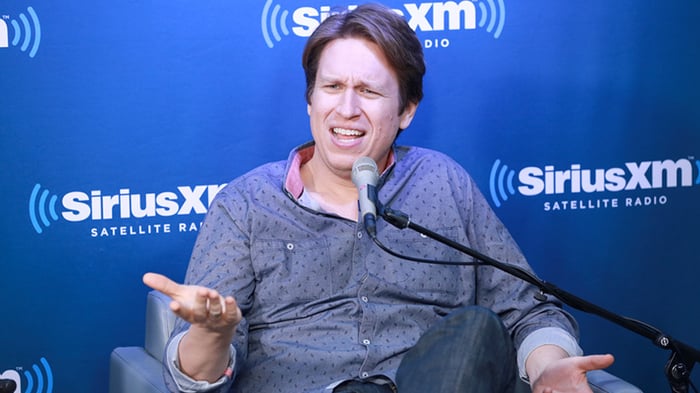 SiriusXM CEO Jim Meyer said: "We have long respected Pandora and their team for their popular consumer offering that has attracted a massive audience, and have been impressed by Pandora's strategic progress and stronger execution. We believe there are significant opportunities to create value for both companies' stockholders by combining our complementary businesses."

But investors seemed to disagree, as the stock sold off gradually on the news, closing down 10% on Sept. 24. That response seems to indicate they think SiriusXM is overpaying in the deal.

Pandora shareholders will get 1.44 shares of SiriusXM for every share they own, which was equal to $10.14, or 13.8% over its 30-day moving average at the time the deal was announced. The tie-up seems to make sense, especially as both companies face a rising challenge from Apple Music and Spotify. Though the market has expressed its distaste for the combination, Sirius should benefit in the long run.

The deal includes a "go shop" provision, meaning Pandora can solicit other offers, but no other bidders have since come forward publicly. The sale is awaiting approval from Pandora shareholders and is expected to close in the first quarter of next year.