Anytime someone asks my wife and me why we chose to relocate to Charleston, SC, we tell them it's because of the weather. After growing up in the cold and snowy Northeast, we love living in a city where it doesn't snow, has an average of 209 sunny days a year, and is generally warm from March through November (not to mention the beaches, food, and historical charm). However, the trade-off for the warm weather and proximity to the beach is the threat of hurricanes. In the five years we've lived here, four major named storms have disrupted our daily routines, two of which required an evacuation (and another one almost did).

In that process, I've learned that government websites such as Weather.Gov and my state's emergency management division are great sources of information on preparing for hurricanes. On top of that, there are lots of great articles out there on how to help protect your finances from a natural disaster. However, I've also learned a few things from my own experience that are a bit more specific to those who have been ordered to evacuate, which I thought would be valuable to those who live in a hurricane-prone zone and might have to evacuate at some point. 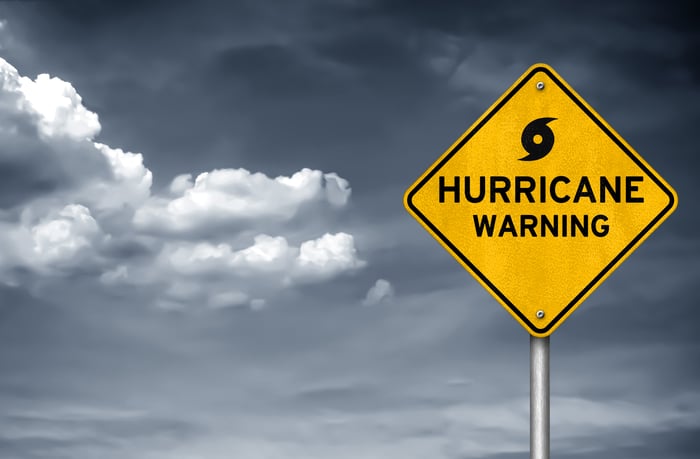 No. 1: Take the threat seriously from the beginning

One thing I've realized living in a hurricane-prone area is that there's a tendency to initially dismiss the potential danger. Many see the "cone-of-uncertainty" as suggesting that the storm's center will likely hit in the middle when it means that two-thirds of the time the center of the storm will remain in the cone. Because of that, it's important to immediately plan for the worst while hoping for the best.

My best practical advice, when faced with the possible threat of a hurricane, is to refresh your hurricane plan right away, making initial preparations to stay as well as to evacuate. That way you aren't ill-prepared to go if the state orders an evacuation. While leaving your home is inconvenient, it's better to be safe than sorry.

No. 2: Make plans for your pets

Having pets adds to the inconvenience of evacuating since they must travel with you. That can prove problematic since most hurricane shelters don't allow pets. Meanwhile, the hotels that do take pets tend to cost more (some charge $25 per pet per day while others charge $100 extra for the pets). Further, a hotel might limit pets to small dogs, which makes it even harder for cat-lovers like us to find a place to stay. That's why it's best to call ahead and confirm that they'll take your pet before booking the room.

In addition to costing more, pet-friendly hotels tend to book fast. We learned that firsthand with Hurricane Florence, as most pet-friendly hotels as far as four hours from the coast were already sold out several days before the governor gave an evacuation order. That's why it's also wise to have a list of family and friends outside of the evacuation zone where you can stay, or who will watch your pets while you go elsewhere. 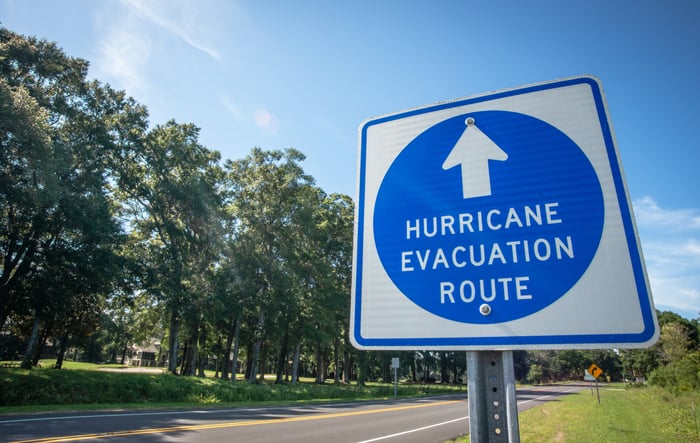 No. 3: Evacuating costs time and money, so plan accordingly

Another major inconvenience of an evacuation is the cost in both time and money, which can be an even bigger hit for a freelancer (like me) or an hourly worker. It's another reason why it's crucial to have an emergency fund, which in this case must be large enough to cover both the lost earnings and extra costs of evacuating.

Take my case, for example. When South Carolina's governor ordered an evacuation of the coast as Florence barreled toward us, my wife and I immediately began enacting our plan to leave. I had to stop working right away and prepare our house for what could be the worst storm in decades if it turned our way. That took several hours since I had to board up windows, store lawn furniture and other items in the garage, and lock the house down to leave for several days.

Meanwhile, we needed to travel eight hours to reach our pet-friendly evacuation location, which was thankfully free since we were staying with family. On top of that, my wife had to call off a few days from her work-at-home job. At a minimum, we'd both lose a few days of work time due to the storm as well as have to cover the extra costs of travel. And that's not counting any damage to our home.

This lost income and extra costs wasn't as much of a burden to us as it could have been since we'd already built up a large enough emergency fund to cover things like evacuating for a hurricane. However, it's a reminder to others that do live in a disaster-prone area to try to put away enough funds so that a severe storm doesn't wreak havoc on their finances.

The key is to plan well before a storm approaches

Hurricanes aren't to be taken lightly, as these powerful storms can unleash devastating and life-threatening storm surges, flooding, and tornadoes. That's why it's imperative that those living in hurricane-prone areas have a plan in place well before one threatens the area. As you make your plan don't forget that you'll wan to take the threat seriously, include your pets in your plan, and budget for the worst. Preparing ahead of time will alleviate some of the pressure and inconvenience of having to evacuate.