The mass-customization specialist isn't happy with its top-line growth to start the fiscal year. Here's what happened.

Shares were down more than 10% on Thursday as the market absorbed the news. Let's take a closer look at how Cimpress started the new fiscal year and what we should be looking for in the coming quarters. 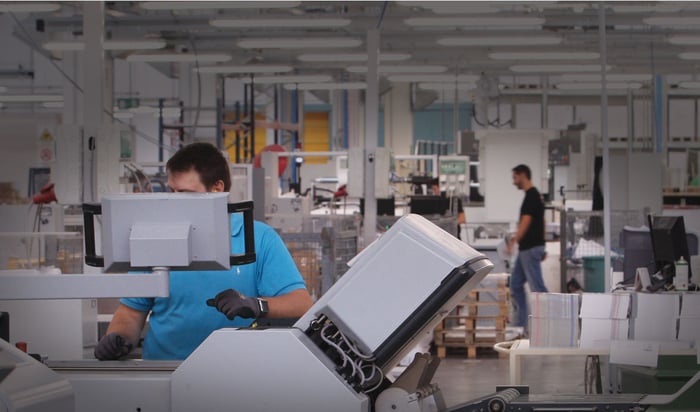 In Q1 FY2019 we delivered disappointing revenue growth, solid cash flows and good progress on our operational initiatives relative to our own expectations. As our public documents and investor events make clear, we focus on the long term and we do not believe that one quarter's financial results -- whether good or bad -- make or break a great company. In the past quarter we advanced as planned on many important technology, product, customer service, and cost-reduction initiatives, and we executed the largest acquisition in our company's history. Those things being said, our first quarter revenue performance was nonetheless disappointing, with growth lower than what we should have achieved given the investments we have been making and the size of our market opportunity.

Regarding the BuildASign purchase, Keane added:

We are excited about the addition of this profitable, growing internet-based provider of canvas-print wall decor, business signage and other large-format printed products. We believe we have an opportunity to deliver strong returns on this investment and have already begun executing on expected near-term synergies.

Keane also insisted that Cimpress' revenue growth "should and can be as outlined" in his latest annual letter to shareholders (opens PDF) in early August. In particular -- and keeping in mind Cimpress doesn't target specific revenue growth rates for any one period -- the company believes it can achieve annualized growth of between 9% and 10% at Vistaprint, low-double-digit growth from both the upload and print and National Pen segments, and double-digit growth from all other divisions (excluding the Albumprinter divestment).

"Via initiatives under way across Cimpress," Keane elaborated, "we are working to resolve the underlying issues and to deliver the revenue growth expectations previously outlined in that letter."

In the end, I applaud Keane's candor, and naturally agree with his assertion that investors shouldn't measure a company's long-term viability based on a single quarter's results. But it's also no surprise to see Cimpress stock pulling back in response to its disappointing start to fiscal 2019.