After a rough month, three top drugmakers are trading at bargain-basement prices.

A spooky October for the overall market dragged some highly profitable drugmakers down further than it probably should have. These giants of the biotech industry recently posted rock-solid earnings, but their shares are trading at below-average prices right now.

Investors can buy these drugmakers at bargain-bin prices because their lead products are either heading for trouble or have hit the bricks already. With plenty of other pieces moving in the right direction, though, they could have what it takes to deliver market-beating gains down the road.

America's largest biotech has delivered monstrous gains in the past, but its aging lineup of blockbusters are losing ground and that has investors more than a little worried. At recent prices, Amgen shares trade at just 13.3 times forward earnings expectations. That's far below the average stock in the S&P 500, which currently trades at 16.3 times estimates.

Investors are concerned about ongoing biosimilar competition for Amgen's aging blockbusters. Third-quarter sales of bone marrow stimulant, Neulasta, fell 6% due to competition from lower-cost biosimilars, and sales of Enbrel, an anti-inflammatory injection, dropped 5% for a similar reason. Amgen relied on Neulasta and Enbrel for 40% of total revenue in the third quarter, and their continued losses will be a major hurdle to overcome in the years ahead.

This summer, Amgen launched a new migraine prevention drug called Aimovig, which costs $6,900 annually. By the end of the third quarter, there were 100,000 people on the treatment in the U.S. Although Amgen is providing up to a year's worth of Aimovig to patients while they sort out reimbursement issues with their insurers, it looks like we can expect blockbuster sales ahead. During a 2012 study, a whopping 14% of U.S. adults reported a migraine headache within the previous three months, and millions suffer them often enough to make a monthly injection well worth the effort and eventual expense. 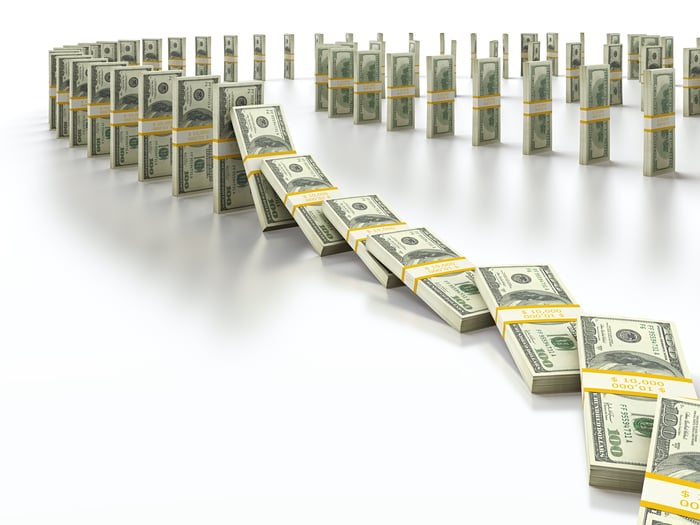 This stock has been hammered in response to sinking sales for its hepatitis C antiviral treatments that once commanded prices of more than $90,000. Beginning in January, Gilead will market a generic version of its own drug that wipes out the virus nearly every time for just $24,000 per patient.

Gilead's hepatitis C segment reported just $902 million in sales during the third quarter, which worked out to just 17% of total revenue during the period. With little room for hepatitis C sales left to fall, more recently launched HIV treatments can help the top line return to growth. Earlier this year, Biktarvy earned FDA approval as the only treatment for newly diagnosed HIV patients and those with previous experience treating the incurable virus. According to Vantage, sales of the once-daily tablet could hit $6.1 billion in 2024.

Gilead Sciences also has a potential rheumatoid arthritis blockbuster in late-stage development through a partnership with Galapagos (GLPG 5.53%). Filgotinib recently impressed investors with pivotal trial data that showed efficacy results on par with similar treatments that are further ahead on the development timeline. Most importantly, Gilead's partnered candidate didn't lead to any of the deadly side effects that have troubled drugs it could end up competing with. If filgotinib eventually becomes a popular arthritis treatment, it could generate several billion in annual sales within a few years. 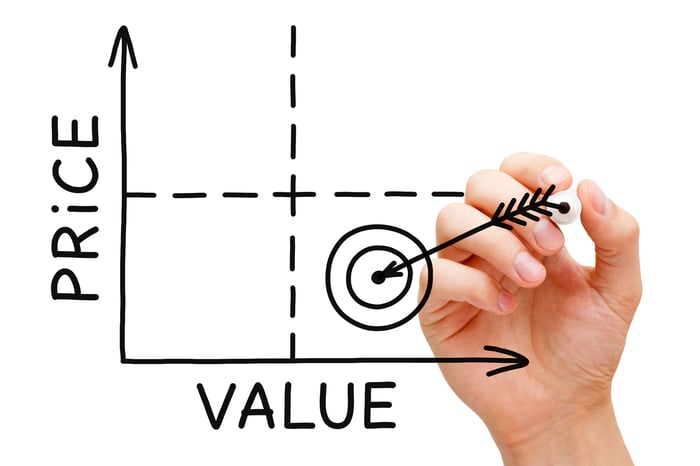 This could be the riskiest stock in this list, but it also carries the largest potential upside in the near term. Next year, Celgene will defend U.S. patents for Revlimid, a drug on pace to achieve $9.7 billion in sales this year that the company relies on for 63% of total revenue.

A few years ago, Celgene wrangled Natco Pharma into a settlement that will delay full-blown generic competition for Revlimid until 2025, and a similar outcome with Dr. Reddy's and Mylan in 2019 could give Celgene's stock price a big boost. Although consensus estimates for 2024 Revlimid sales are around $8.1 billion, removing the overhanging threat would bump expectations up to around $12 billion annually.

Celgene's oral psoriasis treatment, Otezla slowed down earlier this year, but a 40% year-to-year gain in the third quarter encouraged management to raise its full-year sales estimate to $1.6 billion. That isn't bad for a drug that earned its first approval four years ago. Celgene also boasts a few experimental therapies in late-stage development now that could do just as well. At just 8.5 times earnings estimates, this bargain is hard to ignore.

All three of these companies have irons in the fire that could drive their shares much higher in the years ahead. If you're not prepared for some anxiety in the near term, though, you're probably better off watching from a safe distance.