Shares of Camping World Holdings (CWH -1.94%), a leading outdoor and camping retailer offering recreational vehicles (RVs), camping gear, and maintenance and repair services, are down 11% as of 10:50 a.m. EST after the company released third-quarter results. 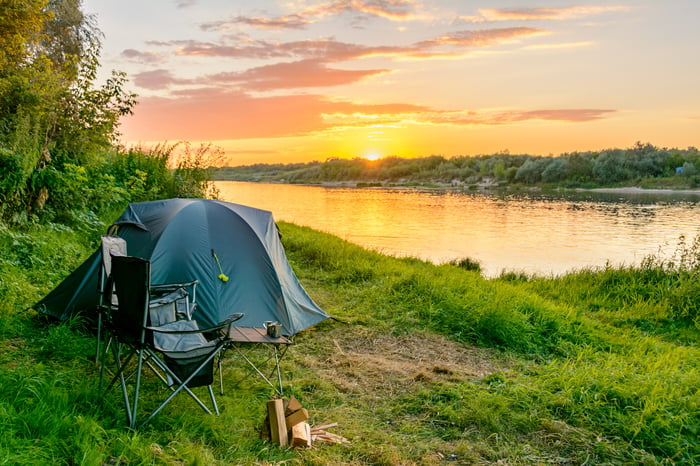 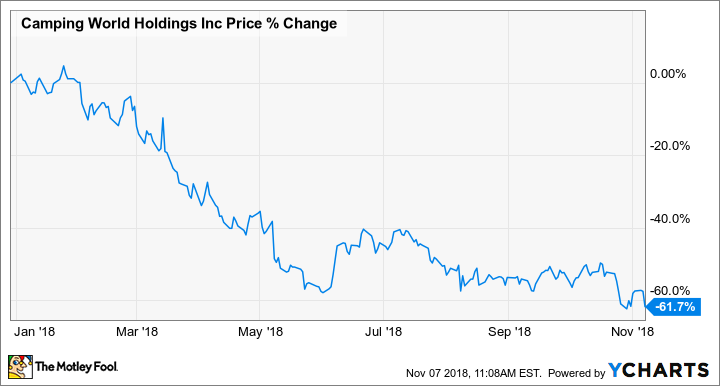 As you can see in the chart above, shares of Camping World have been pummeled this year, and the third-quarter results wiped away last week's 10% pop. Third-quarter results were disappointing considering that many companies in the industry managed to post better-than-expected results, including LCI Industries (LCII -4.24%). Investors were prepared for pressure on margins and profits as the company expands and expenses rise in addition to rising input costs, rising interest rates, and excess channel inventory. Even with expected bottom-line pressure, 6.2% top-line growth simply isn't enough to satisfy investors. For investors, this seems to suggest that if you buy into the company's long-term plan, you have to be prepared for a bumpy few quarters in the near term.