Please ensure Javascript is enabled for purposes of website accessibility
Log In Help Join The Motley Fool
Free Article Join Over 1 Million Premium Members And Get More In-Depth Stock Guidance and Research
By Jeremy Bowman - Nov 15, 2018 at 11:05AM

Shares of the department-store chain sold off on a weak earnings report.

Shares of Dillard's Inc. (DDS 6.58%) were tumbling today after the department-store chain posted disappointing results in its third-quarter earnings report, falling short of analyst estimates. As of 10:55 a.m. EST, the stock was down 16%.

Dillard's saw solid growth on the top line, as comparable sales increased 3% in the quarter, driving overall revenue up 4.7% to $1.42 billion, which topped estimates at $1.4 billion. However, that growth was largely propelled by markdowns and discounts rather than by improving operations, as gross margin in the retail business declined 87 basis points in the quarter. Inventory was up 4% in the period from a year ago, which indicates that markdowns could continue into the holiday season. As a result, earnings per share fell from $0.50 to $0.27, badly missing expectations at $0.56. 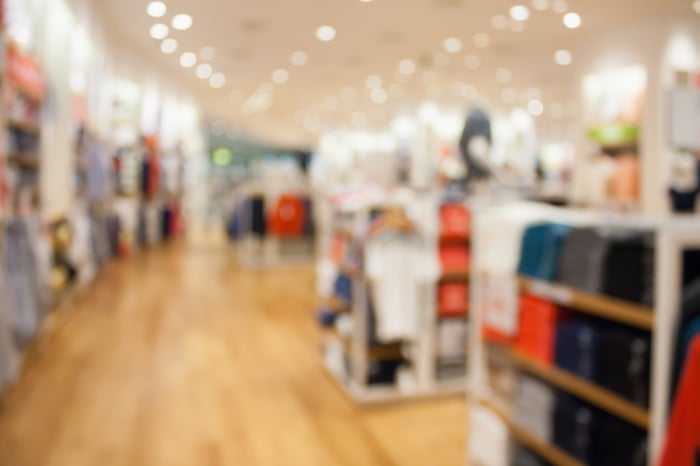 CEO William Dillard II summed up the quarter, saying: "While we are encouraged by our 3% comparable sales performance, this was a disappointing quarter as markdowns weighed heavily on gross margin, particularly in the first month. However, operating performance improved as the quarter progressed and sales turned positive."

Dillard's did not provide guidance in the report, but the CEO's statement seems to indicate that momentum is building heading into the key holiday season.

Department-store chains have been pressured by e-commerce operators such as Amazon, though some have responded more effectively than others. Dillard's comparable sales growth indicates that the company is benefiting from the strong consumer economy, but it will need to control its inventory and pricing more effectively in order to prevent the stock from sliding further. The holiday season will be crucial for the retailer.