The No. 3 U.S. off-price retailer delivered another blowout earnings report.

The third time was the charm, though. On Wednesday, smaller off-price chain Burlington Stores (BURL -1.97%) reported blowout results for the third quarter of its 2018 fiscal year. This caused Burlington stock to zoom 13% higher, regaining most of the ground it lost during the retail stock rout earlier this month. 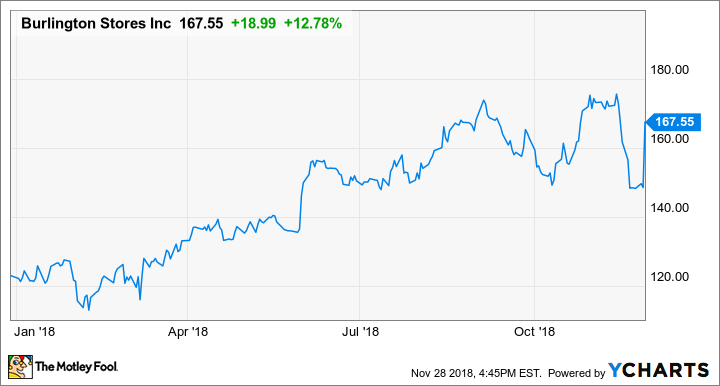 In the third quarter, Burlington's sales surged 13.7%, powered by a 4.4% comparable store sales gain and rapid expansion of the company's store base. Total revenue reached $1.64 billion.

This stellar sales performance helped the company continue to expand its adjusted operating margin, which reached 7% last quarter, up from 6.2% a year earlier. Thanks to Burlington's sales growth and this margin expansion, adjusted operating profit rose 29% year over year to $115 million.

Adding to its earnings momentum, Burlington Stores' effective tax rate fell by roughly half due to tax reform. In total, adjusted EPS skyrocketed 73% to $1.21 last quarter. This came in way ahead of the company's forecast of $1.00 to $1.04, as well as the average analyst estimate of $1.06.

Management has high expectations for the fourth quarter as well. Adjusted EPS is expected to jump from $2.14 in the year-ago period to a range of $2.71 to $2.75 this quarter, bolstered by a projected 2% to 3% comp sales increase. Like TJX and Ross Stores, Burlington tends to give very conservative forecasts, so there's a good chance it will post even stronger results in the end. 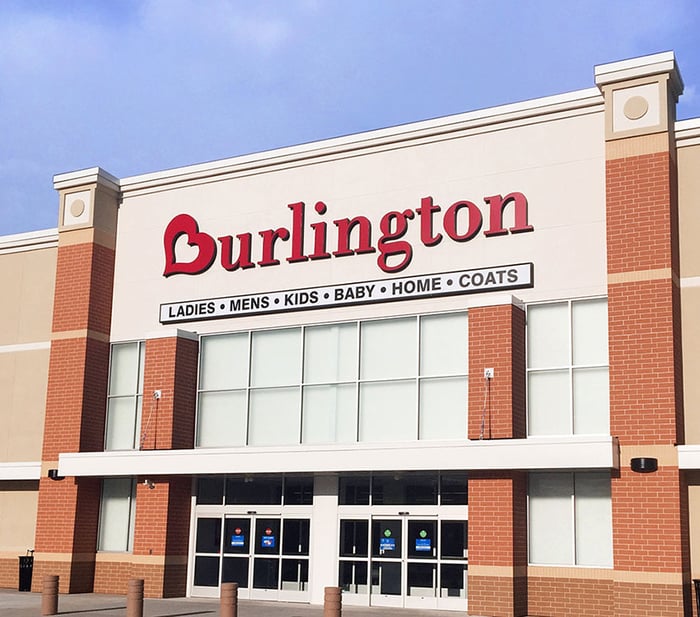 However, higher merchandise margins fully offset these headwinds. This reflects the company's steady progress in improving its inventory management over the past few years. Furthermore, Burlington's strong sales growth caused its operating costs and depreciation and amortization expense to decline significantly as a percentage of total sales.

I'm betting on the industry leaders

Given how fast Burlington Stores has grown its earnings recently, it's no surprise that investors have sent the stock soaring. As a result, the stock carries a premium valuation, trading for about 26 times fiscal 2018 earnings (assuming Burlington modestly beats its Q4 EPS guidance).

For comparison, TJX stock trades for a little less than 20 times current-year earnings, and Ross Stores is slightly more expensive at 21 times earnings. Both of the industry leaders also have much better balance sheets than Burlington Stores.

If Burlington can continue to expand its operating margin at a steady pace in future years, then it is likely to be a better investment than its larger peers. However, I am skeptical that Burlington will be able to make much more progress in catching up to its peers' profitability. The company has probably captured the bulk of the potential margin gains from better inventory management already. Meanwhile, Burlington isn't posting especially strong comp sales growth relative to its peers, so its store productivity seems destined to remain lower, capping its margin potential.

Based on its recent results, Burlington Stores appears to have a bright future. But TJX and Ross Stores offer reliable growth and stronger balance sheets at much lower valuations, making them more attractive investment opportunities.