Yext's net loss widened significantly during the third quarter, but long-term investors should focus on other details. Here are the highlights.

Shares of Yext (YEXT 1.43%), a leader in Digital Knowledge Management (DKM) -- which enables companies to control public-facing information across the broad spectrum of maps, apps, search engines, and other discovery points -- are down 18% as of 11:10 a.m. EST after releasing third-quarter results.

Yext's third-quarter revenue posted a 33% increase compared to the prior year, up to $58.7 million, topping analysts' estimates calling for $58.3 million. What might have surprised investors was a 45% increase in its net loss, which checked in at a $24.8 million loss during the third quarter, even if its adjusted earnings-per-share loss was in line with analysts' estimates of $0.12. 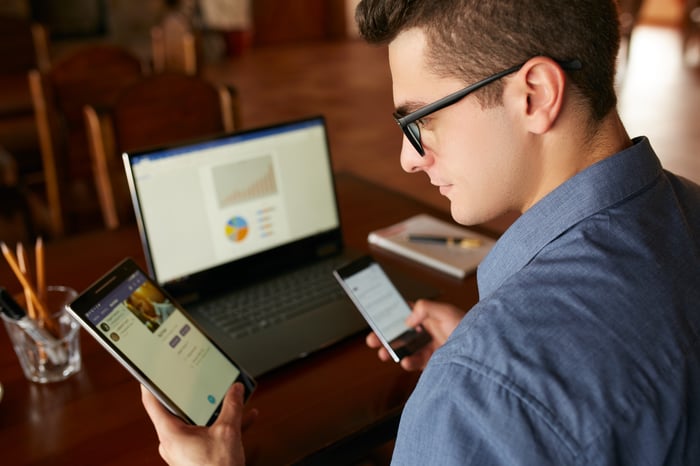 While Yext's net loss increased dramatically, long-term investors should focus more on the company's ability to expand its reach and brand awareness. For instance, if the company can ink more partnerships like its agreement with Amazon.com, which connected Yext's information to tens of millions of smart speakers, it'll be a solid boost for the company's reach. During the third quarter, Yext added almost 80 new enterprise logos and has added more than 200 over the first nine months of the year. Management needs to keep that momentum going, even if it weighs on the bottom line in the near term.

John Mackey, CEO of Whole Foods Market, an Amazon subsidiary, is a member of The Motley Fool's board of directors. Daniel Miller has no position in any of the stocks mentioned. The Motley Fool owns shares of and recommends Amazon. The Motley Fool has a disclosure policy.

Why Yext Stock Soared on Friday
413%