Please ensure Javascript is enabled for purposes of website accessibility
Free Article Join Over 1 Million Premium Members And Get More In-Depth Stock Guidance and Research
By Neha Chamaria - Dec 1, 2018 at 9:00AM

Here's where 3M should be five years from now.

The only time 3M ( MMM -0.29% ) hogs the limelight is during its quarterly earnings releases -- the company otherwise works silently behind the scenes, only giving out intermittent dividend and product updates. This is why 3M's investor day, hosted on Nov. 15, was such an important event for shareholders. The last such event was in March 2016, and a lot has changed since, including investor perceptions about 3M.

3M shares led a solid rally for a couple of years until early 2018 when they started to lose steam. Thanks to macroeconomic concerns, a series of disappointing quarterly numbers, and the recent broader sell-off in industrial stocks, 3M is now down about 13% so far this year.

To know what lies ahead for 3M, look no further than its latest investor presentation. Management didn't just guide for 2019 but also outlined its financial targets for the next five years. Can this fresh five-year plan trigger another rally in 3M shares like the last one?

Why 3M lost favor with the market

Fiscal year 2018 has been a mixed bag for 3M so far from an operational standpoint.

Unfortunately, demand from key end markets especially electronics, energy, and healthcare hasn't played out as expected, forcing 3M to roll back its FY 2018 GAAP EPS guidance for the second time this year in October to $8.78-$8.93. Meanwhile, the trade war between the U.S. and China, tariff headwinds, foreign exchange fluctuations, and the volatility in the broader market has further fueled skepticism about 3M's growth. 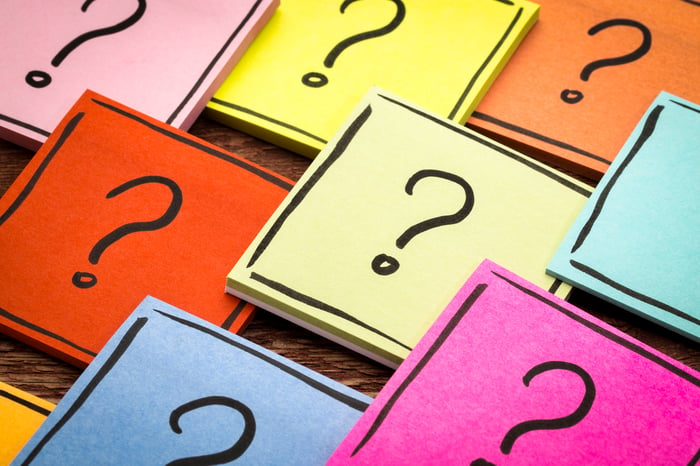 3M, the maker of Post-it Notes, is optimistic about its future. But should you be? Image source: Getty Images.

That 3M is cautious about growth at least in the near term also reflects in its sales outlook for FY 2019:

Comparatively, 3M's financial goals for the next five years through 2023 are pretty encouraging.

So where does 3M expect its earnings growth to come from?

For a conglomerate like 3M, there's always a diverse mix of end markets that contribute to its top-line growth. Healthcare, in particular, has been a drag of late, so it's interesting that management expects this segment to grow the fastest in the next five years.

3M has identified a dozen "priority" areas to push organic growth. It's therefore likely that most of the company's targeted research and development (R&D) expenditure of around 6% of sales will go toward these 12 platforms in the coming years. 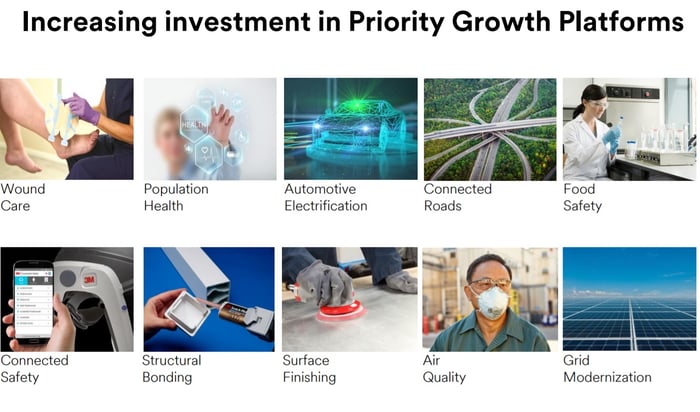 So what does this 5-year plan mean for 3M stock?

Two things stand out in 3M's new five-year plan: It remains an R&D-focused company and is visibly directing resources toward newer potential markets. At the same time, its traditional consumer business, which primarily includes products under flagship brands like Post-it, Scotch, and Filtrete, is finding growth hard to come by. It's therefore imperative that management delivers on its growth targets for other businesses to convince shareholders of its long-term story.

From a financials perspective, 3M shouldn't give a reason to complain as management expects to generate nearly $55 billion-$65 billion in operating cash flow through 2023 and not raise more than $15 billion in net debt during the period to fund growth. That should also leave enough leg room for the company to continue raising dividends and remain a top Dividend King.

Today, 3M stock may not look cheap at a price-to-free-cash flow of 27 times, but I'd trust management with its growth-oriented action plan and commitment to shareholders and believe patient investors will be richly rewarded five years from now.