Rumors of a potential buyout by a big tobacco maker lit a fire beneath the Canadian marijuana stock.

Shares of Cronos Group (CRON -0.88%) were up 13.2% as of 3:15 p.m. EST on Monday after rising nearly 30% earlier in the day. The big move came after Reuters reported that tobacco giant Altria (MO 0.00%) is in talks to potentially acquire Cronos Group.

Reuters cited "people familiar with the matter" as stating that Altria is seeking to expand beyond its core business into the rapidly growing cannabis market. Neither Altria nor Cronos has responded publicly to the report. 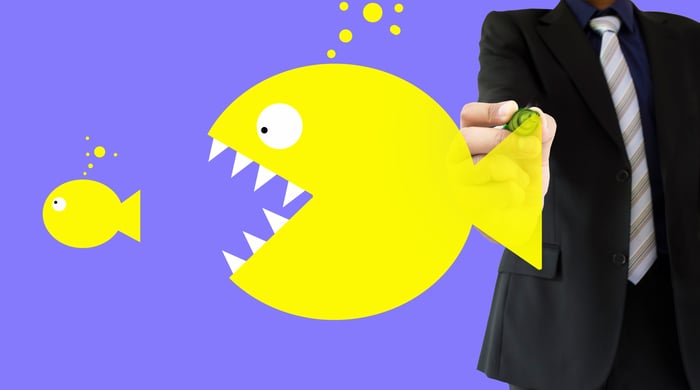 If Altria is truly looking to acquire Cronos Group, it could be fantastic news for shareholders. Cronos Group's peer Canopy Growth continues to benefit from the big investment made by major alcoholic beverage company Constellation Brands. Altria is much bigger than Constellation, so a buyout of Cronos Group would make a major splash in the cannabis industry.

However, it's still too early to make any conclusions. Reuters stated that "Cronos has not agreed to any deal and there is no certainty it will do so." Investors need to underline that sentence. Other reports earlier this year of potential deals with companies outside of the cannabis industry, such as rumors that Diageo was looking for a cannabis partner, haven't panned out so far.

Having said that, it wouldn't be surprising if Altria was interested in Cronos Group. Cigarette smoking among Americans continues to decline. Cannabis would be a natural market for Altria and other big tobacco companies to target for expansion. Cronos Group makes sense as a top acquisition candidate with its significant production capacity and solid distribution channels.

Assuming discussions between Altria and Cronos Group are actually underway, it could take weeks for a deal to be finalized. Investors should watch closely for any signs that there's a real story behind the rumors. However, any decision on buying Cronos Group stock is best made on the company's underlying business prospects rather than speculation about a potential acquisition.