Shares of Avaya (NYSE: AVYA) have jumped today, up by 12% as of 11:15 a.m. EST, after the company reported fiscal fourth-quarter earnings results. The business collaboration and communications specialist, which emerged from Chapter 11 bankruptcy a year ago, hit a new fourth-quarter record for software and services revenue.

Total revenue in the quarter came in at $735 million. On a non-GAAP basis, revenue was $770 million, of which 83% came from software and services and 56% was recurring revenue. The company said it signed 12 deals with a total contract value of over $5 million during the quarter, and 117 deals valued at more than $1 million. Profitability soared, with net income of $268 million, or $2.41 per share, compared to a net loss of $88 million last quarter and a profit of $27 million a year ago. 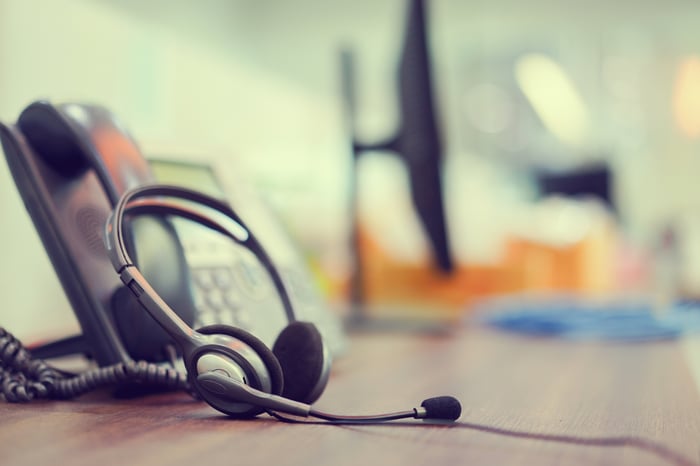 Adjusted EBITDA in Q4 was $178 million, and Avaya finished the quarter with $700 million in cash and cash equivalents on the balance sheet. The company also invested an undisclosed sum in Cogito, which specializes in applying artificial intelligence (AI) in call centers, during the quarter.

"Our strong finish to the fiscal year was the direct result of accelerating business momentum driven by our forward facing investment strategy," CEO Jim Chirico said in a statement. He continued:

Our public cloud solutions are gaining traction as we leverage the strong Avaya brand and our enterprise installed base. Additionally, we are investing in technology that complements our core solutions, including artificial intelligence and mobility. Our foundation is solid and we are well positioned for growth in 2019 and beyond.