Every important metric is heading in the right direction for the health savings account specialist.

HealthEquity (HQY 1.52%) reported its fiscal third-quarter results on Tuesday, Dec. 4. The provider of health savings accounts (HSAs) produced double-digit growth in membership, custodial assets, revenue, and net income. The increased scale lead to margin expansion and outsized growth in earnings per share, and the broad-based prosperity allowed management to favorably change its guidance for the year. 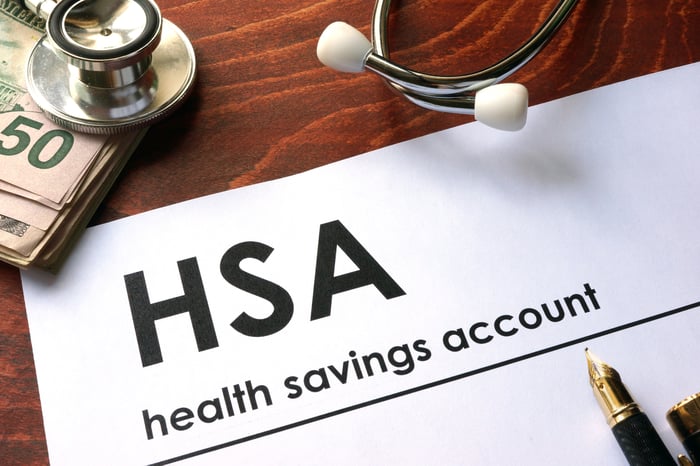 CEO Jon Kessler stated that the company was riding a wave of momentum as it headed into the fourth quarter. He was particularly proud of the company's ability to grow its pool of investment assets so strongly during the period:

By adding more than $1.5 billion in additional custodial assets since the end of our third quarter last year, our growth continues well ahead of the market, allowing us to raise guidance for fiscal year 2019. Importantly, with custodial investment assets growing by 53% over the third quarter end last year, we are delivering on our promise to help our HSA members connect health and wealth and put them on the fast track to retirement readiness."

On the conference call with investors, HealthEquity's Founder and Vice Chair Dr. Steven Neeleman had some exciting partnership news to share with investors:

During Q3, the team reached key milestones in our strategy to connect health and wealth by launching partnerships with two leaders in the employer-sponsored retirement plan business, Nationwide, and Vanguard. In each case, HealthEquity is working with these partners to create a truly unique and differentiated offering for employers, their advisors, and ultimately for consumers.

While HealthEquity's results and guidance were very strong in absolute terms, Wall Street was expecting $284.3 million in sales and $1.12 in non-GAAP EPS for the full year. HealthEquity's stock took a double-digit beating in response since the midpoint of its guidance was a bit below the consensus forecast among the analyst community.

Investors who can look past the short-term price movement have a lot of positive takeaways from this report. Membership and custodial assets continue to grow at a nice clip. Management is successfully translating the increased scale into higher profits. What's more, the new partnership deals with Vanguard and Nationwide should help to round out the company's product offering and could be a great catalyst for attracting new business down the road.

In total, HealthEquity's business looks as strong as ever. While its stock still can't be called classically "cheap", this Fool thinks that the sudden discount makes right now a great time for growth-focused investors to get in.