Movado Group (NYSE:MOV) released fiscal third-quarter 2019 results last week, which included broad-based geographic strength and the promise of incremental growth from the watchmaker's recent acquisition of MVMT. While shares initially popped nearly 13% in response to the news, Movado stock has all but given up those gains in the days since to trade near a nine-month low.

Now that the dust has settled, let's take a closer look at what Movado had to say and what we can expect as it closes its fiscal year. 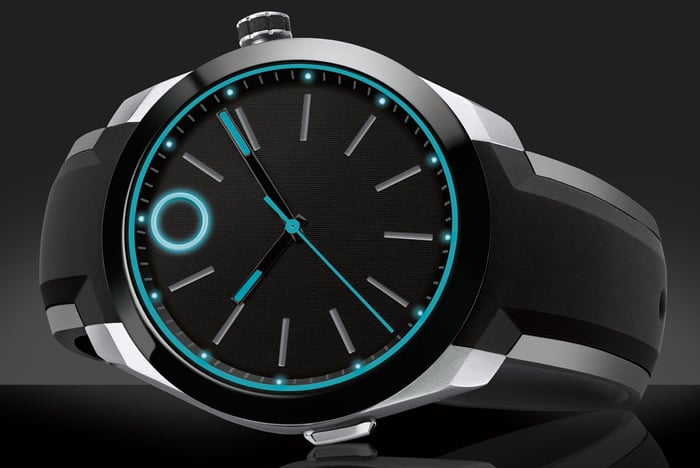 We are pleased with our third quarter and year to date results. Our double digit constant dollar topline growth in the quarter was led by strong performance in both the U.S. and international markets. The period saw good progress on our strategic growth priorities. We grew our powerful portfolio of owned and licensed brands as we prepared for the important holiday season ahead. We are very excited about the significant growth opportunities we see for the MVMT brand, [...] and we remain on track to begin the integration of MVMT into our operating platform during the second quarter of fiscal 2020.

Movado reiterated its full fiscal-year 2019 guidance, which -- assuming current exchange rates remain consistent -- calls for net sales of $660 million to $675 million and net income per share of $2.45 to $2.55.

All told, there was little not to like about this impressive quarter. In fact, similar to its unusual post-earnings decline three months ago -- and with shares up nearly 33% in the year leading up to these results -- it seems Movado's elevated share price was the only thing with which the market might have taken offense. As such, I think patient long-term investors could do well to take advantage of this pullback and consider opening or adding to a position today.