If you've been following chipmaker Intel (NASDAQ:INTC) lately, you probably know that during the current fourth quarter, the company expects to run into supply constraints in its chip production due to demand which has blown past its original expectations. Indeed, the company had originally planned for revenue of $65 billion for 2018, and that figure is now set to come in at $71.2 billion.

On Dec. 17, Intel announced that it will "take the necessary steps to prepare our global manufacturing network for flexibility and responsiveness to changes in demand." 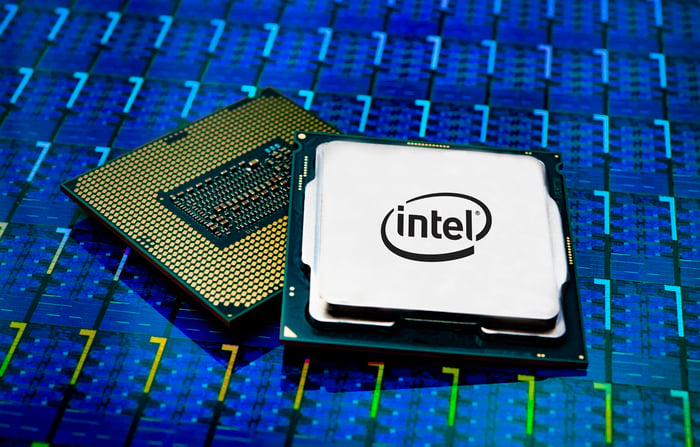 Let's take a closer look at what the company had to say and what that ultimately means for investors.

In the announcement, via an editorial post on Intel's website by Manufacturing and Operations General Manager Ann Kelleher, the company reminded investors that it had boosted its capital expenditure budget for the year "and put that money to work expanding our 14nm (nanometer) manufacturing capacity to increase supply."

The company also observed that it's made "good progress on the previously announced schedule for the Fab 42 fit-out in Arizona, and [we have] made the decision to locate development of a new generation of storage and memory technology at our manufacturing plant in New Mexico."

As you might recall, Intel had announced that it was building a new manufacturing plant called Fab 42 many years ago but decided in 2014 to not to equip it. Here's Kelleher's explanation for why Intel didn't complete Fab 42 at the time: "It is a factory that we originally started building in 2011, aiming for our 14-nanometer technology. Then, based on a number of manufacturing efficiencies, we were able to defer using Fab 42 because we were able to fit the 14nm capacity into our existing factory on the Arizona site."

Beyond that, the Kelleher stated the following: "Looking ahead, we are now in the early planning phase for manufacturing site expansions in Oregon, Ireland, and Israel, with multi-year construction activities expected to begin in 2019."

Kelleher went on to explain that "[having] additional fab space at-the-ready will help us respond more quickly to upticks in the market and enables us to reduce our time to increased supply by up to roughly 60 percent."

It's easy to see why this announcement is a positive for Intel's business. The company ultimately lost out on revenue this year that it could have otherwise enjoyed had it been able to more rapidly bring additional 14-nanometer capacity online to meet demand.

Not only that, leaving any customers out in the cold and causing them to miss out on potential revenue isn't a comfortable spot for Intel to be in. CFO and interim CEO Bob Swan said on the company's last earnings call that "the lower end of PC and the [Internet of Things] business is being [supply] constrained." That hasn't been conducive to maintaining healthy business relationships.

Intel and its shareholders should hope that the announced actions to increase responsiveness to shifts in demand will prove as effective as the company is indicating they'll be.