Shares of former biotech darling Gilead Sciences (NASDAQ:GILD) fell 13.1% in December, according to data from S&P Global Market Intelligence. The last month of 2018 was full of good news, but a market meltdown for tech stocks across the board also sliced $12.1 billion from Gilead's market cap.

In December, the bottom fell out from under the Nasdaq Biotechnology Index, which sank 11.2%. Gilead Sciences did its best to overcome market sentiment. The company introduced a new CEO ready to make deals, a new collaboration with Agenus, and significant progress in China, but it just wasn't enough to keep this biotech stock afloat in December. 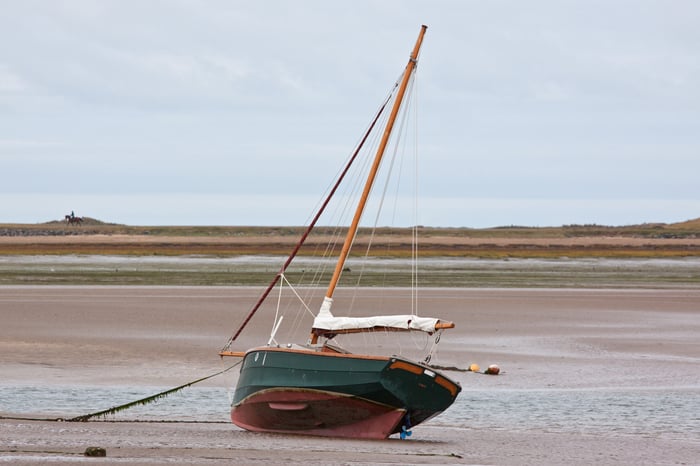 The tide came back early this month. The Nasdaq Biotechnology Index has already risen around 11% in January, and Gilead's risen around 9% with it.

At this year's J.P. Morgan Healthcare conference, Gilead Sciences told investors there would be a lot to look forward to in 2019. The ongoing launch of the company's new single-tablet HIV regimen, Biktarvy, is a success. Biktarvy launched last year, and it already has a leading share of patients new to HIV antivirals and patients switching from their current treatments.

Sales from Gilead's hepatitis C segment fell to just $902 million in the third quarter, which means any further losses should be easy to offset, with Biktarvy sales expected to reach $6 billion by 2024.

Gilead also plans to present more pivotal trial data for a rheumatoid arthritis candidate, filgotinib, in 2019. A late-stage nonalcoholic steatohepatitis (NASH) candidate called selonsertib will produce some data this year as well. If successful in their respective indications, filgotinib and selonsertib could generate sales on the same level as Biktarvy.