Goldman Sachs (GS 1.08%) reported its fourth-quarter and year-end 2018 earnings on Wednesday, and it's fair to say that investors were quite pleased with the results. Banks are generally not too volatile after earnings reports, but Goldman's stock was up by more than 7% as of 11:30 a.m. EST today.

The primary reason Goldman's stock is rocketing higher is that the bank beat expectations on both the top and bottom lines. Revenue of $8.08 billion was more than $500 million greater than analysts had expected, and earnings of $6.04 per share beat estimates by 36%. 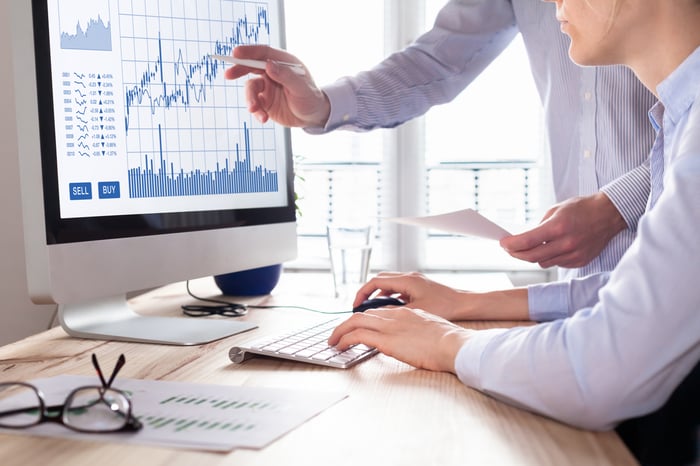 There were a couple of particularly impressive numbers investors should know. First, investment banking revenue was ahead of estimates, and advisory revenue surged 56% from a year ago. Second, the investing and lending division, which includes the young and fast-growing Marcus consumer banking business, shattered expectations with $1.91 billion in revenue, versus the $1.35 billion that was expected.

Goldman Sachs has been one of the worst-performing bank stocks in recent history, thanks to the 1MDB bond fund scandal and the uncertainty that comes with it. While CEO David Solomon can't discuss it in too much detail, he briefly addressed the scandal on Goldman's conference call, and it appears that investors are pleased with what he had to say.

However, the 1MDB scandal is still a big question mark for investors and is likely to continue to be. Malaysia is trying to recoup $7.5 billion from Goldman, and the U.S. Justice Department has launched its own investigation. So, although the earnings results were stellar and today's pop is undoubtedly making investors happy, Goldman's stock valuation will likely be depressed until some closure occurs.