Shares of Nautilus ( NLS 6.18% ) were sinking today after the maker of exercise equipment issued a disappointing preliminary earnings report for the fourth quarter. Management acknowledged that the results did not meet its own expectations, and said it expected stronger sales in the direct segment from its new digital platform, Max Intelligence (MIP). As a result, the stock was down 38.3% as of 12:05 p.m. EST. 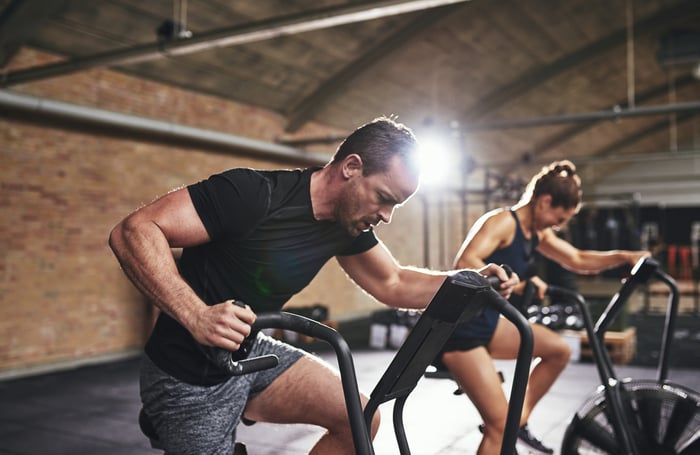 Nautilus said it now expected revenue in the fourth quarter to be $114 million to $116 million, significantly down from earlier guidance of $150 million to $159 million. The company also projected:

Those profit forecasts were even more disappointing as the company had previously expected full-year operating income of $42 million to $45 million and fourth-quarter income of $24 million to $27 million. Management did not provide an earlier earnings-per-share forecast, but analysts had expected EPS of $0.56 for the fourth quarter and $1.01 for the year. Given the size of the miss and the sharp decline from the year-ago quarter, it's not surprising to see the stock plunging today, as full-year earnings per share will now be less than half of what was expected.

Management said retail sales remained strong in the quarter, increasing 16% to $64 million, and expressed confidence in the new MIP platform in spite of the initial weakness, saying that it expected sales to pick up as more consumers were exposed to the new product. The company also said it would begin a cost-cutting program in 2019 to boost profitability on an expected lower sales base.

The company will give more details on those initiatives and offer specific guidance in its complete full-year earnings report due out on Feb. 25.

Peloton vs. Nautilus: Which Had the Better Quarterly Earnings Report?