Disney's big new 2019 rides won't open until well after the summer tourists have come and gone. Universal, SeaWorld, and Legoland will be ready.

The influx of new attractions will boost the crowds at Disney World's park that ranks dead last in resort attendance, but the additions aren't coming anytime soon. The Star Wars-themed expansion won't open until the fall. Disney hasn't provided an opening date for Mickey & Minnie's Runaway Railway, but at a conference in November the head of the media giant's theme parks division said that the ride starring its iconic mouse should open in about a year. In short, the new rides won't be there as guests descend to central Florida this summer. Everybody else is hoping to make the most of the summertime opportunity. 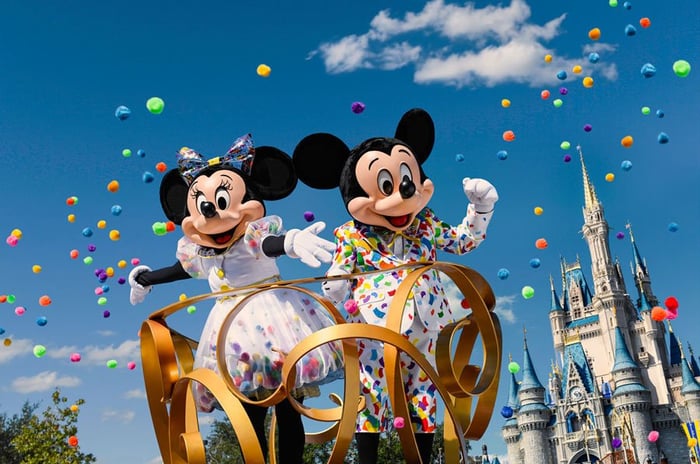 It's not a small world after all

Legoland Florida announced on Friday that The Lego Movie World -- the park's most ambitious expansion since its 2011 debut -- will begin entertaining guests on March 27. SeaWorld Entertainment (SEAS 0.37%) recently gave bloggers a hard-hat tour of the Sesame Street makeover of its SeaWorld Orlando kid zone that will open in the springtime. Comcast's (CMCSA -0.17%) Universal Orlando is putting the finishing touches on a Harry Potter-themed roller coaster that should be open in time for the first wave of summer guests.

Disney World won't hit the summer empty-handed. It has several new shows and parades debuting in the next few months. Its Skyliner transportation system that will whisk guests from select hotels to two of its parks by gondola should also open soon. However, even Disney knows that its slate of new attractions won't be enough to lure a heavy flow of tourists during the telltale summer season. Disney turned heads earlier this month by announcing that it would include free dining plans for folks booking on-site resort and ticket packages for arrivals through most of the summer. Disney doesn't typically throw in free meals to guests arriving during the seasonally potent part of the operating calendar.

The competition will be ready. SeaWorld Entertainment, Legoland, and Comcast will likely invest in springtime promotional campaigns to draw visitors this summer. Disney will lean on existing rides and attractions.

Disney will be just fine. Star Wars: Galaxy's Edge will draw guests for years, and it's just the first of several major attractions set to open ahead of the resort turning 50 in the fall of 2021. This summer may not be as magnetic to tourists as last year with Toy Story Land or Pandora - The World of Avatar the year before that, but this will be the theme park leader's last sleepy summer for a long time. Comcast's Universal Orlando, SeaWorld Orlando, and Legoland Florida will have a harder time competing with Disney in the future. They will need to make their springtime shots count this summer.