Shares move higher on speculation and index inclusion, but here's what investors should be looking at.

Shares of Conn's (CONN 0.00%), a specialty retailer operating 122 stores selling furniture and mattresses, appliances, and electronics, among other products, were up 13% as of 11:20 a.m. EST on Wednesday after a small shake-up was announced within the S&P SmallCap 600.

S&P Dow indexes are making a handful of changes that will take effect before the Monday, Feb. 4, trading day. Conn's will replace Electro Scientific Industries in the S&P SmallCap 600 as S&P MidCap 400 member MKS Instruments (MKSI -6.15%) acquires the latter company. The shake-up also includes Caesars Entertainment (CZR), which is up 5% at the time of this writing, replacing Dril-Quip in the S&P MidCap 400 as the latter replaces Essendant in the S&P SmallCap 600. 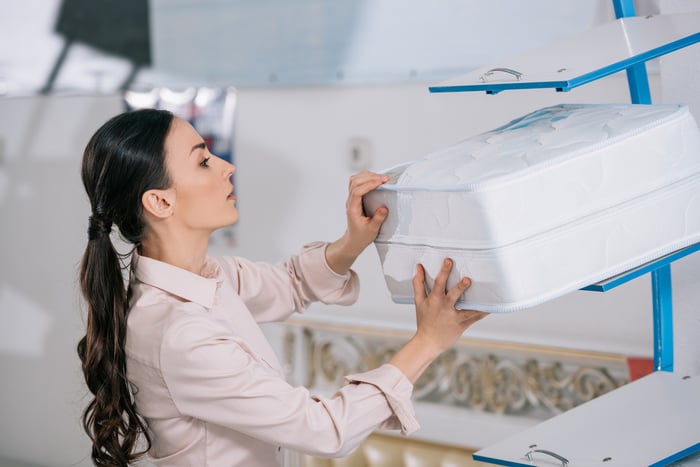 Often, being added to an index does send shares of the company higher. That's because many institutional investors and passive stock-index funds are benchmarked to various indexes, providing company shares with incremental demand. The stock price increase before the companies are actually added to the index on Feb. 4 is simply speculation based on the anticipated increase in demand for shares.

While today's 13% pop is a welcome development for investors who have witnessed Conn's shed roughly 40% of its value over the past 12 months, it shouldn't materially change their long-term investing thesis. 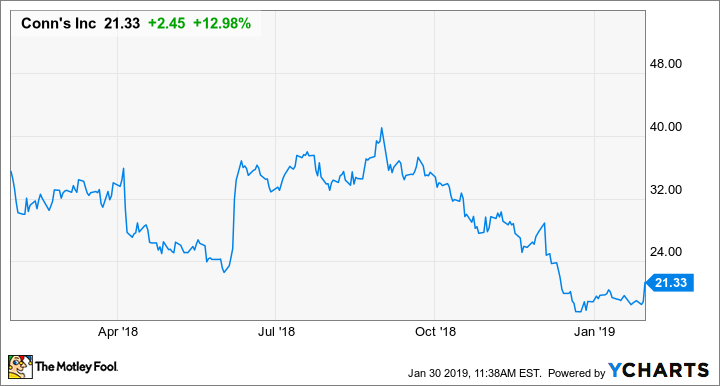 Rather, investors should keep tracking the company's growing credit spread and strong retail gross and operating margins as management believes fiscal 2019 has the potential to be one of the most profitable years in company history. That optimism, when added to the company's plans to add 12 to 15 new Conn's HomePlus locations, creates a growth story worth digging into.