Please ensure Javascript is enabled for purposes of website accessibility
Log In Help Join The Motley Fool
Free Article Join Over 1 Million Premium Members And Get More In-Depth Stock Guidance and Research
By Daniel Sparks - Updated Apr 25, 2019 at 12:39AM

Growth decelerated, but not nearly as much as expected.

The stock's rise follows Facebook's fourth-quarter report this week, which featured better-than-expected results. Revenue and earnings per share for the period beat analyst estimates, and other key metrics saw notable improvements as well. 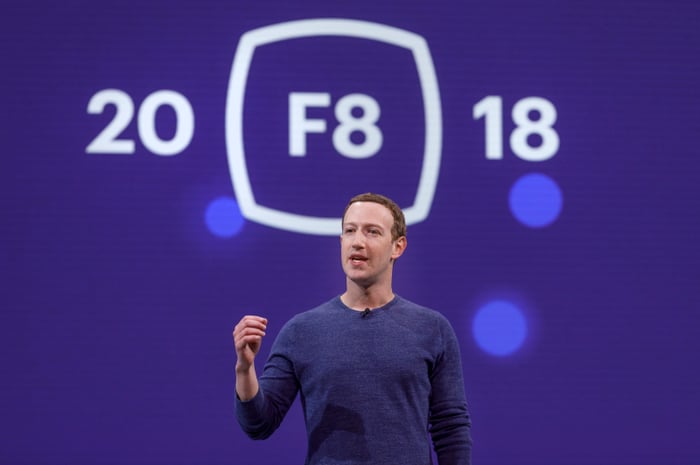 For its fourth quarter, Facebook posted revenue of $16.6 billion, up 30% year over year. This is down from 33% year-over-year growth in Q3. Management had guided for fourth-quarter revenue to rise about 24% to 30% year over year.

"Our community and business continue to grow," CEO Mark Zuckerberg said in the company's fourth-quarter earnings release. "We've fundamentally changed how we run our company to focus on the biggest social issues, and we're investing more to build new and inspiring ways for people to connect."