Please ensure Javascript is enabled for purposes of website accessibility
Log In Help Join The Motley Fool
Free Article Join Over 1 Million Premium Members And Get More In-Depth Stock Guidance and Research
By Ashraf Eassa - Updated Apr 24, 2019 at 10:12AM

Data center connectivity specialist Mellanox Technologies (MLNX) announced its financial results for the fourth quarter of 2018 earlier this week and provided guidance for the first quarter of 2019. Both its results and its guidance cruised past analyst expectations, which led the shares to post a 6.7% gain the following day.

In addition to posting strong results and issuing robust guidance, management also hosted a conference call to go over the company's business results in more detail. Here are three key takeaways from that discussion. 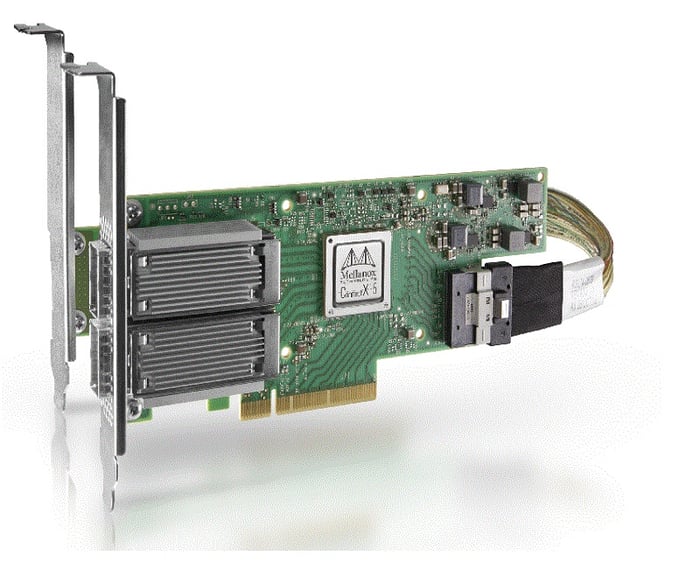 1. Mellanox is crushing it in high-speed Ethernet adapters...

Ethernet is the connectivity of choice in major data centers, and Mellanox is a key player in that market. Ethernet network interface cards (NICs) come in different speed grades and, according to management, the company is simply crushing it in the market for higher-speed Ethernet adapters, nabbing 69% of the 25-gigabit-and-up Ethernet adapter market.

CEO Eyal Waldman explained that early buyers of the company's 25-gigabit-and-up Ethernet products have been "large cloud and hyperscale customers" but that "Tier 2 cloud providers, large-scale enterprises, storage customers, and more" are also set to transition to the technology.

"The diverse customer base supports revenue stability for our Ethernet adapter business and is an indication of the meaningful growth opportunities we foresee in [2019] and beyond, including that transition to 100-gigabit-per-second speeds," Waldman explained.

Mellanox's position in higher-speed Ethernet is strong, and a broader industrywide transition to the technology is still happening. From a perspective of long-term revenue growth, these facts are very encouraging.

Mellanox's efforts to dominate Ethernet devices doesn't end with high-speed Ethernet adapters: It also makes Ethernet switches. On the call, Waldman said that the company's Ethernet switch business grew by "about 70% year over year" in 2018; he explained that, exiting the fourth quarter, this business enjoyed a "revenue run rate of more than $100 million." (Mellanox's total sales in 2018 were about $1.09 billion, so this is a significant share of business for the company.)

And, in what should sound like music to investors' ears, Waldman said that the company is planning for "2019 Ethernet switch revenue to accelerate even faster."

During the earnings call, CFO Doug Ahrens said that the company's "full-year 2018 operating expenses were approximately flat compared with 2017." Over that time, he continued, Mellanox "grew revenue by 26%."

Looking ahead to 2019, the company is expecting "healthy double-digit revenue growth" as well as "operating margin expansion." In other words, not only is the company set to bring in more revenue, but the percentage of that revenue that turns into operating income is also set to grow even further. If that guidance proves accurate, Mellanox should be in for another year of strong bottom-line growth.

During the question-and-answer session on the earnings call, analyst John Pitzer asked Waldman to provide some insight into the company's long-term operating-margin percentage target. Waldman indicated that the right target was in the "lower 30s" as a percentage of revenue, explaining that the company wants "to continue investing in technology." With that being said, he didn't close the door on higher operating margin, adding that if the company "[grows] much faster, we may be able to leverage more to the bottom line, but for now a good aim is low 30s."