Shares of the organizational-themed soared last month without a clear reason. Could Marie Kondo have sparked the rally?

Shares of The Container Store (TCS -2.32%) soared last month despite little company-specific news out on the stock. Instead, it seemed to climb on reports that retailers had a strong holiday season, on anecdotal evidence that the new Netflix show starring organizational guru Marie Kondo on Netflix may have inspired a surge in Container Store shopping, and on the broader market recovery after the sell-off in the fourth quarter of 2018.

According to data from S&P Global Market Intelligence, shares finished January up 50%. As the chart below shows, the stock gained gradually over the course of the month, gaining in anticipation of its third-quarter earnings report. 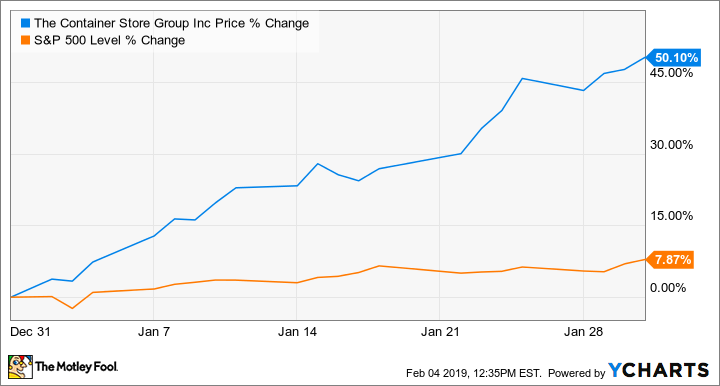 The Container Store was one of several beaten-down stocks that surged in January as investor confidence returned when China-U.S. trade talks seemed to progress. And Fed Chair Jerome Powell said the central bank would suspend rate hikes for the foreseeable future, pleasantly surprising investors. 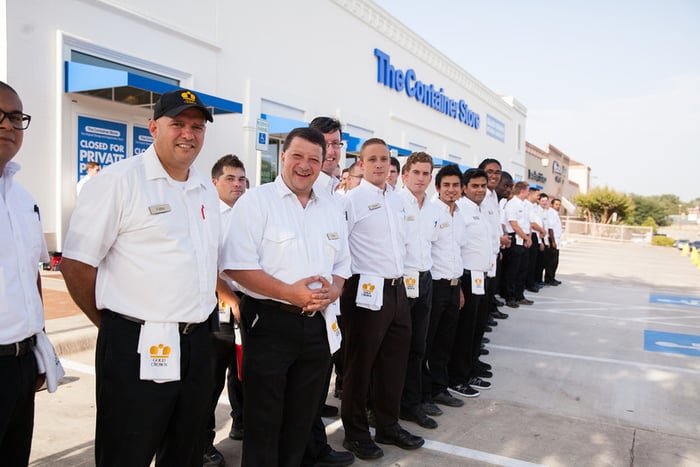 The organizational-themed retailer had fallen to a 52-week low in December after a dismal second-quarter earnings report and the broader sell-off in December. As the market turned around, The Container Store also seemed to benefit from reports that the retail industry had its best holiday season in years. Mastercard SpendingPulse reported that U.S. retail sales were up 5.1% over the holiday season, its fastest growth in six years, and that home-improvement sales were up 9%.

The most intriguing theory behind The Container Store's sudden surge may be the influence of the Netflix show Tidying Up with Marie Kondo, which launched on the streaming service on Jan. 1. Kondo advocates decluttering and organizing one's home, and anecdotal reports indicate that the show has led to spikes in donations to thrift stores and visits to The Container Store, according to multiple reports on Twitter.

Watching Marie Kondo makes me want to spend all my money at the Container Store
-- posh spice (@_victoriaho) January 29, 2019

lmfao my most recent appearance in news media was a tweet about going to the container store to marie kondo my life
-- wilfre (@Wilfreyfrey) January 31, 2019

We'll learn Tuesday whether the Marie Kondo effect was significant enough to drive meaningful sales growth at The Container Store when the retailer reports third-quarter earnings after hours on Feb. 5. Analysts see overall revenue increasing 3.4% to $230.6 million and earnings per share ticking up a penny to $0.12.

If there's a bump from the Marie Kondo show, it wouldn't show up til the fourth quarter, but management's guidance or comments could shed light on the show's possible effect.

Check out the latest The Container Storeearnings call transcript.