In its fiscal first quarter, the entertainment giant's revenue was flat with the year-ago period and adjusted earnings per share edged down 3%.

The entertainment giant's results were likely better than most investors expected given the tough year-over-year studio entertainment comparable stemming largely from the release of the blockbuster Star Wars: The Last Jedi in the year-ago quarter.

The market's initial reaction was muted, with shares rising 0.5% in after-hours trading on Tuesday. 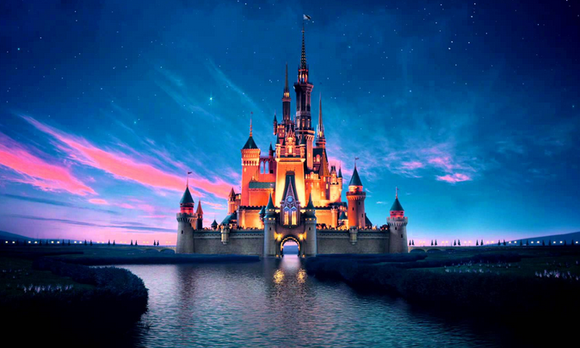 Cash generated from operations declined 6% year over year to $2.10 billion, and free cash flow (FCF) fell 28% to $904 million. Both metrics, particularly FCF, can fluctuate notably from quarter to quarter, so investors should focus more on annual results than quarterly ones.

Disney doesn't provide guidance. For some context (though long-term investors shouldn't place too much importance on Wall Street's near-term estimates), analysts were looking for adjusted EPS of $1.55 on revenue of $15.18 billion. So the House of Mouse slightly beat the top-line consensus estimate and cruised by the profit expectation.

Starting this quarter, Disney changed how it reports its segment results to reflect the importance of its budding direct-to-consumer (DTC) streaming business and the new properties it will gain with the acquisition of Twenty-First Century Fox, which is pending regulatory approvals. The company recategorized its year-ago results for comparability purposes.

The big picture was the same as last quarter: Strength in broadcasting more than offset declining cable profits. Disney has been doing a commendable job of controlling the damage to its overall results from cable's declining profits. Cable's operating income has been falling in recent years due to the secular trend of consumers increasingly favoring video streaming options over cable TV. This dynamic is why Disney is aggressively building its DTC streaming business.

Profit growth for this segment was "due to an increase at our domestic theme parks and resorts, partially offset by a decrease from licensing activities," Disney said in its earnings release. Strength in parks -- particularly domestic parks -- and weakness in consumer products has been a trend for some time, though with the change in segment reporting, we can't tease out the individual performance of these two businesses.

Domestic parks continue to profit from increased visitor spending on admission tickets, food and beverages, and merchandise. Per capita spending rose 7% year over year in the quarter, while attendance was roughly flat, CFO Christine McCarthy said on the earnings call. In consumer products, the lower licensing income was "driven by a decrease in revenue from products based on Star Wars and Cars and higher third-party royalty expense," the company said in the earnings release. 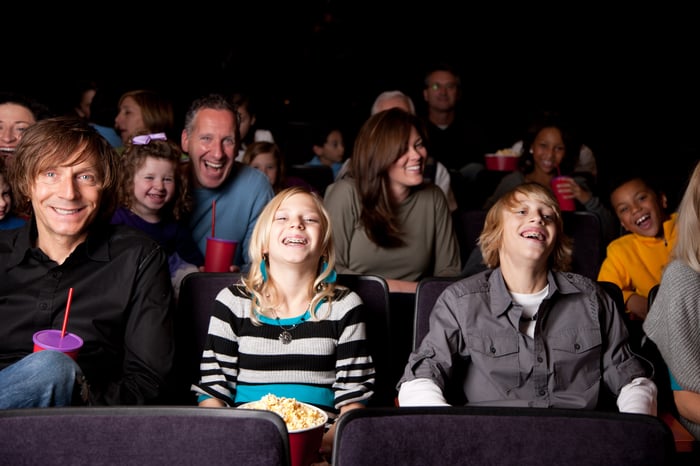 Studio entertainment: The segment equivalent of Darth Vader this quarter

The Force was not with Disney's studio entertainment business this quarter, as I warned investors in my earnings preview to expect. The reported quarter's line-up of movies (Ralph Breaks the Internet, Mary Poppins Returns, and The Nutcracker and the Four Realms) was not nearly as mighty at the box office as the year-ago period's trio (Star Wars: The Last Jedi, Thor: Ragnarok, and Coco), led by The Last Jedi, which has raked in more than $1.3 billion in global ticket sales.

The reported quarter ended Disney's three-consecutive-year string of releasing a Star Wars movie in December, which began with The Force Awakens in 2015. Though a film from the epic space opera franchise -- Episode IX -- is scheduled to come to the silver screen once again this coming December.

A notable decline in profits for this new segment was widely expected, as Disney has been ramping up its investment in ESPN+, its sports-focused DTC streaming product that launched in April 2018. "ESPN+ now has 2 million paid subscriptions, double the number from just five months ago," CEO Bob Iger said on the earnings call. Moreover, the company is incurring costs associated with Disney+, its broader streaming service, which is slated to roll out later this year.

In short, Disney kicked off fiscal 2019 with a solid quarter, given the high year-over-year hurdle in studio entertainment.

In the earnings release, Iger said "we look forward to the transformative year ahead, including the successful completion of our 21st Century Fox acquisition and the launch of our Disney+ streaming service."