There's no denying that Disney's (NYSE:DIS) Florida resort is going to be a pretty busy and exciting place later this year. However, with Star Wars: Galaxy's Edge unlikely to open until near the end of the year, and no indication when the resort's first Mickey Mouse-themed ride will open, there will be a void in Disney World to draw in tourists with shiny new experiences during the telltale summer season. There's only so much firepower that new parades, shows, and an aerial gondola transportation system to whisk guests between select hotels can have when you're charging as much as $129 for a one-day ticket.

Comcast's (NASDAQ:CMCSA) Universal Orlando is ready to make the most of the opportunity. The country's second-most-popular theme park chain announced on Thursday that Hagrid's Magical Creatures Motorbike Adventure -- a family friendly roller coaster at Universal's Islands of Adventure -- will open on June 13, just around the time when schools across the country go on their summer breaks.

Check out the latest Comcast and Disney earnings call transcripts. 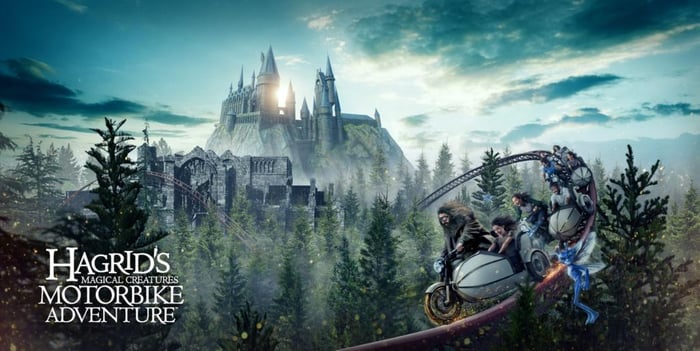 Comcast's once fledgling Florida resort has been closing the attendance gap with Disney since the 2010 opening of The Wizarding World of Harry Potter. The trend reversed in 2017, and with Disney World setting the stage for major additions in each of the next three years, this could be Universal Orlando's best shot at closing in on the House of Mouse.

The big debut in Central Florida this year will undeniably be Star Wars: Galaxy's Edge, the 14-acre expansion anchored by a pair of high-tech attractions that will immerse visitors into the storylines of the iconic sci-fi franchise. Disney's CFO said earlier this month that it could open near the end of the media giant's fiscal year that ends in September, but most industry watchers expect a late fall debut. Either way, Disney's not going to have a new E-ticket attraction to woo visitors in the peak summer travel months.

SeaWorld Entertainment (NYSE:SEAS) is sticking to a springtime rollout of the Sesame Street makeover of its kiddie rides section at SeaWorld Orlando, but that's not the kind of thing that folks schedule their summer travel plans around. The only parks outside of Universal Orlando with head-turning new rides in the coming months are Legoland Florida, with its The Lego Movie World expansion opening late next month, and SeaWorld's Busch Gardens Tampa, which is adding a new coaster. However, both of those parks are nearly an hour away from the tourism hotbed where Disney World, Universal Orlando, and SeaWorld Orlando compete for visitors.

Universal Orlando has the right idea, and the unique nature of the coaster vehicle -- where guests can ride on the motorbike or sidecar component -- will enhance the re-ride value as folks line up to kick the tires on both experiences. Comcast will make some noise this summer; it may as well since it will be harder for it to do so in the next couple of years.