Shares of Whiting Petroleum (WLL) sold off on Wednesday, falling more than 10% by 10:15 a.m. EST. Driving the decline was the oil company's fourth-quarter report and its outlook for 2019.

Whiting Petroleum reported a loss of $4.8 million, or $0.05 per share, during the fourth quarter, which missed analysts' expectations by $0.56 per share. The primary problem was that production came in well below the low end of the company's guidance range. While Whiting anticipated that it would pump out between 12.2 million and 12.6 million barrels of oil equivalent (MMBOE) during the quarter, it only produced 11.96 MMBOE due to issues with third-party midstream providers, including gathering delays and gas-processing curtailments. Production, however, was up 2% versus the year-ago period and up 8% for the full year. On an even more positive note, Whiting continued to produce excess cash as it tallied $19 million in free cash flow during the quarter despite lower oil prices, pushing its full-year total to $280 million. 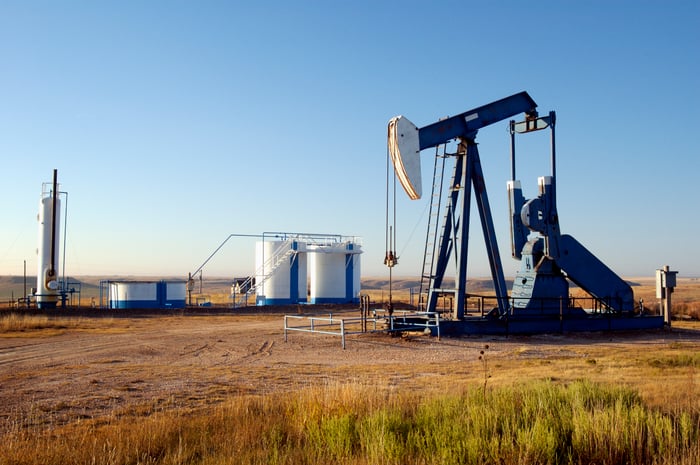 Whiting Petroleum also provided its outlook for 2019. The oil producer said that it plans to spend between $800 million and $840 million on capital projects this year. While that's about 1.5% lower at the midpoint from 2018's level ($832 million), it's not as deep a spending cut as most peers are planning. Instead, the company aims to invest enough money to grow its production in the Williston Basin by 11% while still generating some free cash flow at current oil prices.

Whiting Petroleum's fourth-quarter report was rather disappointing as production came in well below forecast due to some third-party midstream issues, which significantly squeezed profitability. In addition, the outlook for 2019 wasn't what investors wanted to see, because the company barely cut spending even though oil prices crashed to end 2018. This decision could cause problems if crude takes another tumble. Because of that, Whiting Petroleum is not the type of oil stock investors should consider buying given the current market volatility.