Shares of EPAM Systems (NYSE:EPAM), a leading provider of digital platform engineering and software development services, jumped 14.4% last month, according to data from S&P Global Market Intelligence. The stock is up 35.7% over the one-year period through March 8.

(For the curious: EPAM reportedly initially stood for "Effective Programming for America.")

Check out the latest earnings call transcript for EPAM Systems. 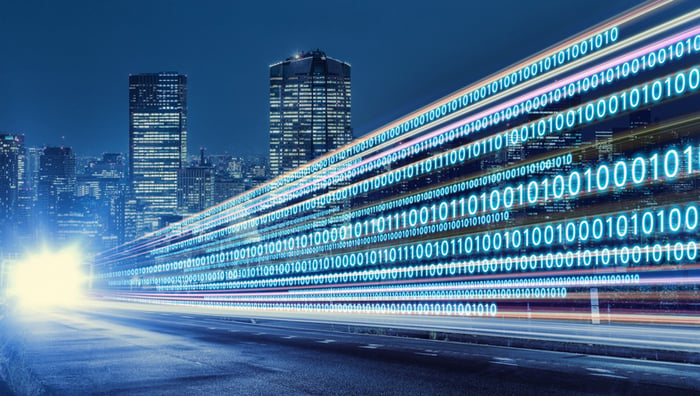 EPAM Systems stock entered February with solid momentum, which we can probably attribute in part to investors moving money back into highly valued growth stocks this year after pulling it out of those stocks during the last few months of last year. Moreover, there were a couple of company-specific catalysts that contributed to its robust performance last month.

On Feb. 11, the suburban Philadelphia-based company announced that its TelescopeAI was a winner in Business Intelligence Group's 2019 BIG Innovation Awards. TelescopeAI is an "extensive, modular platform that uses artificial intelligence to help businesses gain a comprehensive view of IT operations and drive better decision-making by delivering deeper insights," according to the company. Shares of EPAM popped 1.9% on the day of this announcement.

On Feb. 14, EPAM Systems released fourth-quarter results that were better than expected, resulting in its stock jumping 3% that day. In the quarter, its revenue rose 27% year over year to $504.9 million, topping the $501 million that Wall Street was looking for. On a generally accepted accounting principles (GAAP) basis, the company posted a profit of $1.05 per share, versus a loss of $0.58 per share in the year-ago period. (The fourth quarter of 2017 was negatively impacted by a $74.6 million charge related to U.S. tax reform.) Adjusted for one-time items, earnings per share (EPS) jumped 26% to $1.27, besting the Street's consensus estimate of $1.23. 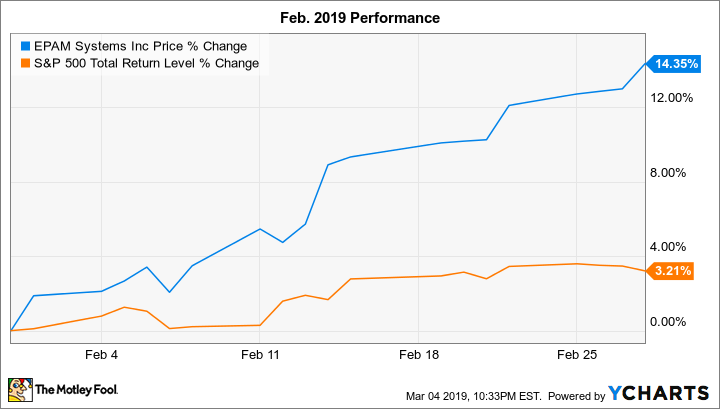 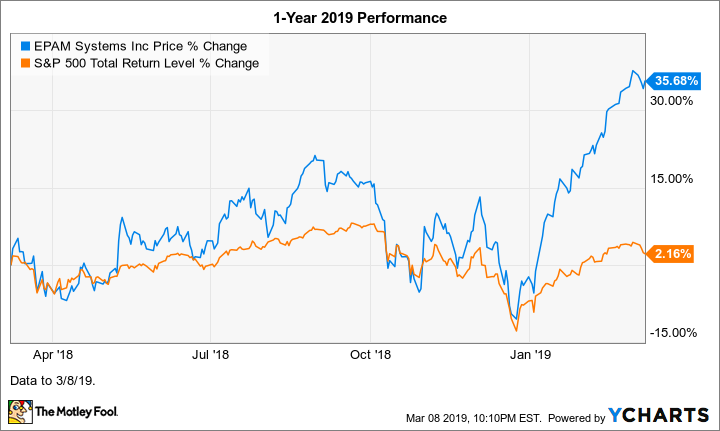