The stock market generally kept gaining ground on Tuesday, with only downward pressure from the most heavily weighted component of the Dow Jones Industrial Average preventing a clean sweep of every major benchmark posting solid gains. Investors have been pleased overall with the current state of affairs on the economic front, and those calling for a Goldilocks-like middle ground between a recessionary downturn and a too-fast growth spurt that could spur inflation have liked what they've seen. Some individual stocks also helped bolster sentiment on Wall Street. Akebia Therapeutics (NASDAQ:AKBA), Momo (NASDAQ:MOMO), and Switch (NYSE:SWCH) were among the top performers. Here's why they did so well.

Shares of Akebia Therapeutics rose 10% after the biopharma specialist said that two of its phase 3 clinical studies in Japan showed promising results. The studies looked at Akebia's vadadustat treatment for kidney disease-related anemia, and in both, the drug met the primary endpoint of demonstrating non-inferior results compared to an alternative treatment. With one study looking at dialysis patients while the other focused on those not receiving dialysis, Akebia hopes that vadadustat will be a treatment option for all kidney patients suffering from anemia -- and that it'll be able to show similar results to regulators in the U.S. and Europe as well. 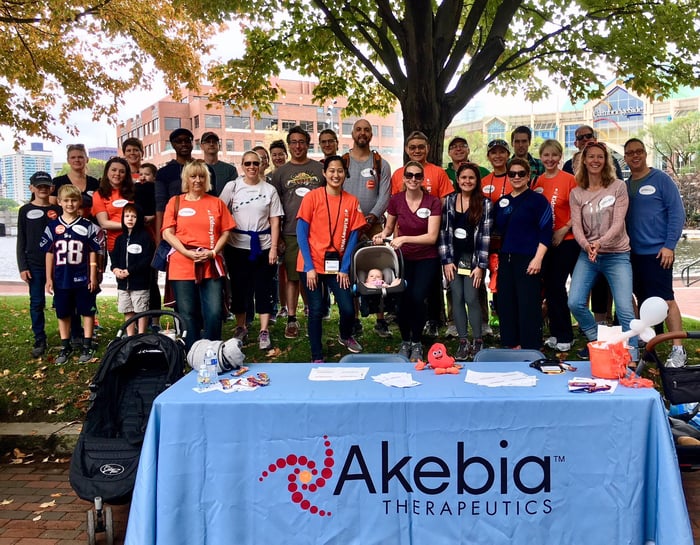 Momo's stock climbed 12% following the Chinese social networking company's release of its fourth-quarter financial results. Momo said that revenue jumped 50% in local-currency terms, helping to lift adjusted net income by 22% compared to the year-earlier quarter. User counts soared by two-thirds to 13 million, and Momo showed extremely high adoption of its value-added services, including membership subscription sales. Revenue from mobile marketing fell slightly, but Momo nevertheless expects the good times to continue, with first-quarter revenue projections suggesting growth of around 30% to start 2019 off on the right foot.

Check out the latest earnings call transcript for Akebia Therapeutics, Momo, and Switch.

Are Switch shareholders preparing for a short squeeze?

Finally, shares of Switch finished higher by 13%. The data center operator expects to release its latest financial results after today's market close, and investors seem convinced that Switch will be able to avoid the same fate that it suffered in November after its previous earnings release. Switch disappointed investors four months ago with its third-quarter report, and that's made some of those following the stock a bit gun-shy about expecting sharp growth. However, that sets the bar low for Switch to deliver good news, and if it does, it could result in a big push higher given that about a third of the company's share float is currently sold short.