The Chinese music platform failed to impress investors in the fourth quarter.

It's now been a few months since Tencent Music (TME -5.29%) went public, after a slight delay due to market volatility last year. The Chinese music platform just reported its first earnings release as a public company -- and it wasn't music to investors' ears. Tencent Music had already braced investors for a net loss in the fourth quarter, noting in its prospectus that it issued roughly $220 million in shares to music label partners. "As a result of this material one-off, non-cash accounting charge, we expect to record a net loss for the three months ending December 31, 2018," Tencent Music wrote. Despite the warning, the stock is getting crushed today.

Here's how the rest of the release played out. 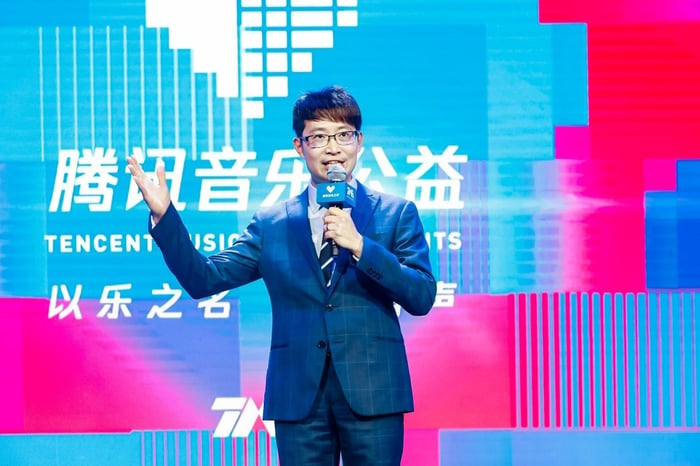 Revenue in the fourth quarter jumped 51% to $785 million, which translated into a net loss of $127 million, or $0.08 per American depository share (ADS). The company primarily attributed the red ink to the aforementioned share issuances, which ended up costing the company $221 million after issuing the shares to Warner Music Group and Sony Music Entertainment. On a non-IFRS basis, Tencent Music reported a profit of $133 million, or $0.08 per ADS.

In terms of key operating metrics, mobile monthly active users (MAUs) in the online music segment came in at 644 million, up from 603 million a year ago but down from 655 million in the third quarter. Mobile MAUs on the social entertainment side of the business were 228 million. There are now 27 million paying users in online music, and 10.2 million paying users in social entertainment. That represents a sequential uptick in the paying ratio for online music (4.2%).

Check out the latest earnings call transcript for Tencent Music. 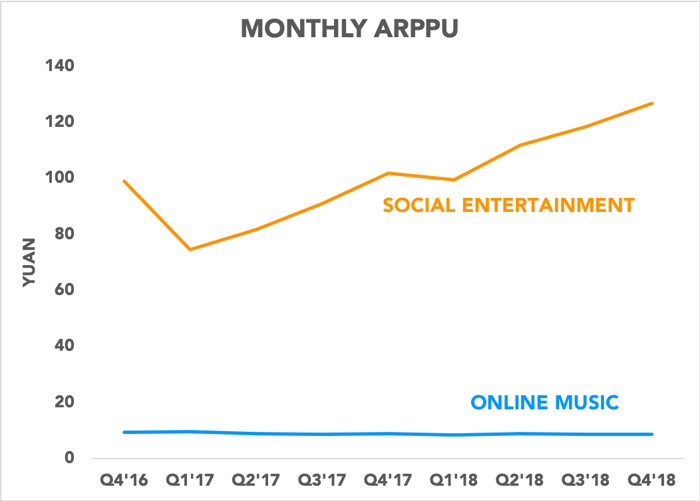 "During the fourth quarter of 2018, we recorded strong growth across our business lines, including both online music and social entertainment services, and solidified our market leadership," CEO Cussion Kar Shun Pang said in a statement. "To fuel our growth for the years to come, we are firmly committed to continue investing in premium content offering, innovative products and proprietary technology."

Total operating expenses increased 58% to $197 million, driven in part by increased spending on promotional activity. That all led to an operating loss of $141 million after including the share issuance charges. On the earnings call, Chief Strategy Officer Cheuk Tung Yip said that Tencent Music hopes to continue improving its paying ratio of users going forward, which is relatively low when compared to peer streaming services like Spotify.