But its long-term prospects should improve as its investments bear fruit.

Tencent (TCEHY -0.39%) recently posted its fourth-quarter earnings, which featured its biggest earnings miss in a decade.

That report paints a confusing picture of the complex tech giant. Let's break down the numbers to gain a clearer insight into Tencent's future. 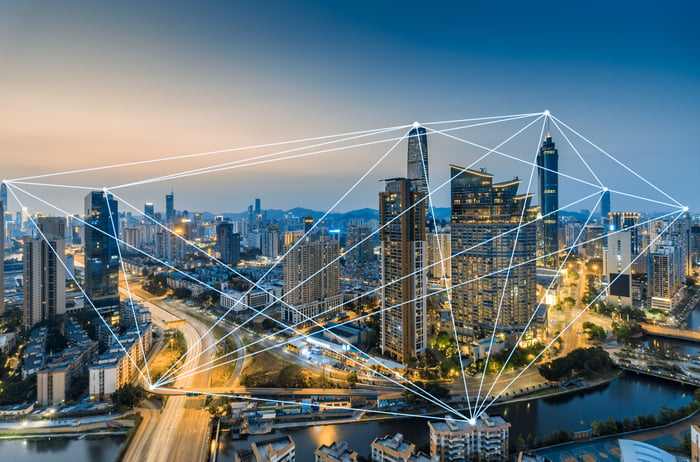 Tencent's revenue growth accelerated slightly from the third quarter, but it still marks a steep slowdown from its growth in previous quarters. The company also struggling to grow its profits.

Tencent splits its business into three main categories: VAS (value-added services), which include purchases in online games and social networks; online advertising, which places ads on WeChat, QQ, and other apps; and "other" businesses, which include its fintech, cloud, and media production businesses. Here's how those three businesses fared during the fourth quarter:

Tencent's growth in VAS revenue was attributed to a 25% jump in its social networking revenue, which was fueled by higher demand for its live broadcast services and video streaming subscriptions.

Tencent's total monthly active users (MAUs) on WeChat, the top mobile messaging platform in China, rose 11% annually to 1.1 billion, giving it a broader platform for launching in-app mini-programs and other services. Its older QQ messaging platform, which still has over 800 million MAUs, is still integrated in a wide variety of apps and websites. 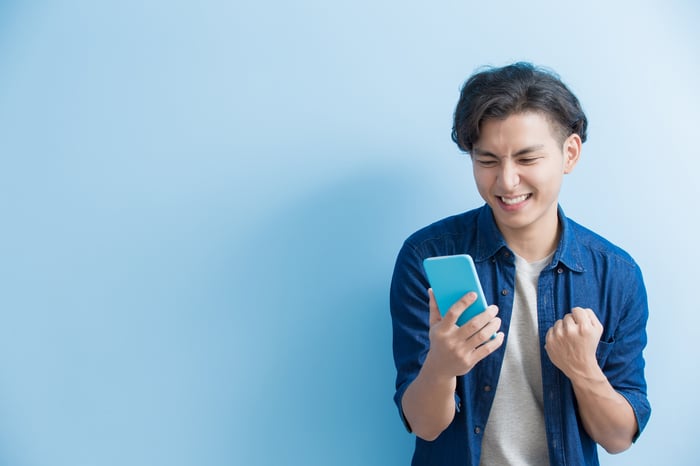 The VAS growth across Tencent's social networking ecosystem offset the flat growth of its gaming business, where its 12% rise in smartphone gaming revenue was offset by a 13% drop in PC gaming revenue. The smartphone business gained ground on the strength of PUBG Mobile and Arena of Valor, as well as new gaming approvals after the end of a nine-month freeze on new licenses, but its PC business suffered as gamers spent more time on mobile devices.

Its online advertising business saw a 44% jump in "social networking and other" ad revenue thanks to the robust performance of ads on Weixin Moments, its WeChat Mini Programs, and the entertainment news aggregator QQ KanDian. Its media advertising revenue also rose 26% on higher ad sales on Tencent Video and Tencent News. Tencent's "other" revenue benefited from the strong performance of its WeChat Pay fintech services, its Tencent Cloud services, and its movie and TV production studios.

Tencent's top line growth looks decent, and indicates that its gradual shift away from its gaming business (36% of its fourth quarter revenue) is paying off. However, those expansion efforts and investments also crushed its operating margins:

That contraction is worrisome because Tencent's expansion into certain markets -- like payments, smart retail, cloud services, and media production -- run into Alibaba's (BABA -1.13%) backyard. Competing against Alibaba on multiple fronts could be costly for Tencent if it tries to gain ground in certain markets (like cloud services) by slashing prices.

Tencent relies heavily on investments in other companies to boost its bottom line growth as its operating expenses rise, but that's been a hit-and-miss strategy, with losers like Sogou offsetting gains from winners like Sea. That's why its GAAP net income, which includes gains and losses from those investments, was so volatile over the past year.

Tencent faces near-term challenges, but it's still planting the seeds for long-term growth.

Total active users on its WeChat Mini Programs -- which corral users into its messaging app with delivery services, e-commerce features, games, and more -- rose more than 250% annually by the end of the year. Its total VAS subscriptions rose 19% to 160 million as it landed more video and music subscriptions.

Its cloud revenue more than doubled as it integrated Tencent Cloud into its other services, and the Chinese government even tasked it with upgrading the country's healthcare system with its WeChat platform and AI technologies. It could also eventually gain approvals for Fortnite, Monster Hunter: World, and the PC version of PUBG in China, which would significantly boost its PC gaming revenue again.

Those irons in the fire indicate that Tencent will remain an 800-pound gorilla in China's tech industry for the foreseeable future, and that its earnings growth should eventually stabilize. Tencent has been around for 20 years now, and it should continue growing and evolving for decades to come.