It's going to be harder to get your smoke on at one of Walt Disney's (NYSE:DIS) domestic theme parks in a few weeks. Smoking will no longer be permitted inside Disney World and Disneyland theme parks and water parks starting May 1. The ESPN Wide World of Sports Complex in Florida and Downtown Disney in California will also be participating in the ban.

Disney turned heads in the 1990s when it limited smoking to designated areas at its parks, but now even those safe havens for guests lighting up cigarettes and vaping e-cigarettes are going away. Disney will continue to have designated smoking areas just outside of its park entrances, resort hotels, and the Disney Springs outdoor dining, shopping, and entertainment complex in Florida. 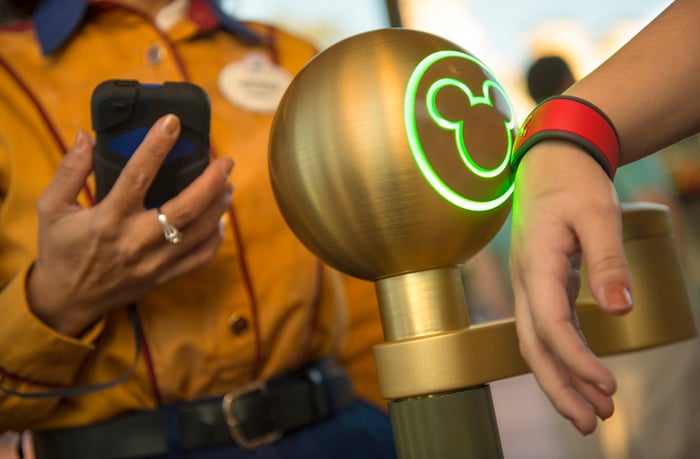 Times are changing for Disney. Even its movie studio has a blanket ban on the depiction of smoking characters in its films, something that had some ironic implications when it had to portray Walt Disney -- an avid smoker -- sans the tobacco in 2013's Saving Mr. Banks. It remains to be seen what Disney will do when its Disney+ streaming service launches later this year, as some of its animated classics including 101 Dalmatians and Pinocchio feature smoking characters.

This isn't an inconsequential move. Most guests and potential guests will cheer the move, but it may force the smoking minority to reconsider future trips to either resort. There could also be some speed bumps with international tourists that come from countries with more lax smoking restrictions. It remains to be seen if any potential increase in visits from non-smokers will offset or more than offset the fallout of smokers making new travel plans.

Theme parks are a big part of Disney's business. Disney World and Disneyland combined to entertain 83.7 million guests in 2017. Disney World's two water parks added another 4.1 million turnstile clicks. Now that Disney is lumping consumer products in its parks and resorts segment, it's actually the media giant's biggest subsidiary, accounting for nearly 45% of the $15.3 billion in total revenue for the House of Mouse in its latest quarter.

Attendance has grown steadily over the years, but the segment's revenue has grown even faster as guests spend more with every passing year. Disney increased its ticket prices for Disneyland in January and Disney World earlier this month, something that it has done for 31 consecutive years.

The key here is how effective Disney will be at policing the new policy. Park regulars know that it's routine to see guests smoking outside of the designated areas and even vaping in the ride queues. It should be easier to crack down in May when it's not accepted behavior anywhere in the park, but the initial transition may be rocky. Smokers and tobacco companies won't be happy, and now it's a matter of seeing if other park chains follow suit.