British Airways already flies from London to more than two dozen destinations in the United States, but it's still finding plenty of new growth opportunities here.

International Airlines Group's (ICAGY 2.93%) British Airways subsidiary has been flying to the United States for more than six decades. Despite -- or perhaps because of -- that long history, the U.K. flag carrier is still finding new markets in the U.S. that it can serve profitably.

British Airways already serves more than two dozen destinations in the U.S., and it will continue its stateside expansion in 2019. In fact, the carrier is launching two new routes to the U.S. this week, connecting its hub at London's Heathrow Airport to Pittsburgh and to Charleston, South Carolina.

A recent track record of success

British Airways' most recent round of expansion in the U.S. began about five years ago, when the carrier launched a daily nonstop flight from Heathrow Airport to Austin, Texas. In May 2016, it added another key tech hub to its route map, beginning daily service to San Jose, California. A third new route from Heathrow to the U.S. came in 2017, when British Airways began flying four times a week to New Orleans. And less than a year ago, the carrier started flying five times a week to Nashville, Tennessee. (During this period, British Airways also began nonstop service to Fort Lauderdale and Las Vegas from Gatwick Airport.)

According to Simon Brooks -- who heads up sales in North America for British Airways -- the efficiency of Boeing's (BA 2.23%) 787 Dreamliner was a key factor encouraging the carrier to enter these markets. The 787-8 model has the lowest trip costs of any widebody aircraft, and the larger 787-9 model offers extra range and seating capacity (compared to the 787-8) with only a modest increase in costs. Indeed, these characteristics explain why Boeing's state-of-the-art widebody family has been extremely popular with airlines.

The Austin, New Orleans, and Nashville routes were all initiated using the 787-8, while British Airways started with the Boeing 787-9 for the San Jose route. 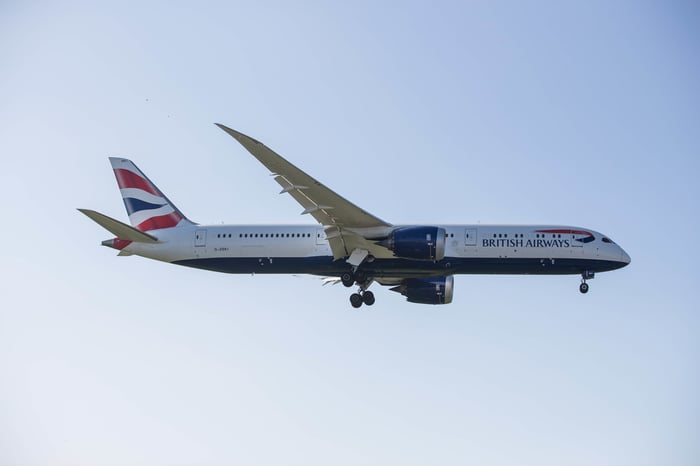 All four routes have been extremely successful. In fact, the three routes that started with the 787-8 have done so well that British Airways has added capacity in those cities over time. In New Orleans, it added a fifth weekly flight soon after entering the market. The Austin flights have been so popular that the carrier began using a Boeing 747 jumbo jet there a year ago. Finally, while British Airways has been flying to Nashville for just 11 months, it has already expanded the route to daily service and upgraded to a 787-9.

Heathrow Airport is one of the most congested airports in the world, and slot constraints make it more or less impossible for British Airways to add new flights there without cutting other ones. Nevertheless, due to the success of its Heathrow-U.S. routes, the carrier has made it a priority to continue growing this part of its business.

On Tuesday, British Airways returned to Pittsburgh after a 20-year hiatus. It will fly four times a week between Pittsburgh and Heathrow with a 787-8.

The airline expects a balanced mix of demand between business and leisure travelers flying from the Pittsburgh area to London; U.K.-based customers traveling to Pittsburgh; and connecting traffic moving between Pittsburgh and the rest of Europe. British Airways set up red, London-style telephone booths around Pittsburgh in recent days to promote the new route. Brooks (the British Airways executive) said the airline will also market Pittsburgh as a leisure destination to customers from the U.K. and the rest of Europe.

On Thursday, British Airways will inaugurate another new route, with seasonal service twice a week between Heathrow and Charleston, South Carolina, on a 787-8. Brooks expects demand to be weighted toward leisure travelers from the U.K. and continental Europe, with golfing resorts in South Carolina being a particularly big draw. There are also several European companies with major U.S. operations based in South Carolina.

Expect more growth in the future

Route selection is the result of a very long, deliberate process. British Airways spends years talking to airport operators, local political leaders, and both current and potential future corporate clients about new destinations under consideration before making a final decision about whether to launch a new route.

While Brooks couldn't reveal any details, he said that British Airways' order book -- which includes orders for Airbus' A350, as well as the 787-10 Dreamliner, 777-300ER, and (most recently) the 777-9 from Boeing -- is built to support continued growth over the next five years.

Considering how much success British Airways has had in the U.S. in recent years, it's a safe bet that the airline will steadily expand its footprint here for many years to come.