Shares of Sangamo Therapeutics (SGMO -2.73%) were soaring 30.9% higher as of 11:19 a.m. EDT on Tuesday. The biotech and its partner, Pfizer (PFE 1.90%), just announced encouraging interim data from a phase 1/2 clinical study evaluating experimental gene therapy SB-525 in treating patients with severe hemophilia A. 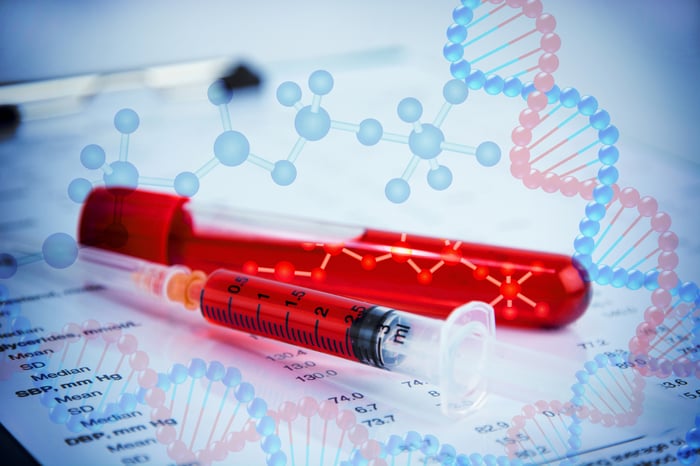 Hemophilia A is a genetic disorder that leads to a deficiency of the Factor VIII clotting protein. The fact that patients taking higher doses of SB-525 in the clinical study had higher increases in Factor VIII activity is a good sign that Sangamo's gene therapy could be effective in treating the disease.

However, it is still very early. The current study only included eight patients. Barbara Konkle, a professor of medicine at the University of Washington and an investigator with Sangamo's clinical study, noted that "it will be important to observe additional patients and for a longer follow-up duration to determine whether these positive interim findings are recapitulated and sustained."

Sangamo and Pfizer now plan to enroll three to five additional patients in the study to receive the highest dose of SB-525. Longer-term data from the study will also be presented at an upcoming scientific meeting.

Edward Connor, Sangamo's chief medical officer, said that the company "look[s] forward to working with Pfizer to potentially advance SB-525 into a registrational study." Before any planning for a pivotal study is started, though, Sangamo and Pfizer will need to make sure the initial data is supported as the current phase 1/2 study continues.