Shares of the coat seller sold off in part because of protests against the brand.

Shares of Canada Goose (GOOS 13.72%) lost altitude in March as investor skepticism continued to build toward the fashionable parka retailer. Following a strong third-quarter earnings report in February, the stock nonetheless sold off, a sign that investor optimism may have peaked.

In March, that momentum seemed to build on brand concerns and criticism of the company despite little direct news out on the stock. According to data from S&P Global Market Intelligence, the stock gave up 16% last month. As you can see from the chart below, the stock's slide came in two spurts in the beginning and end of the month. 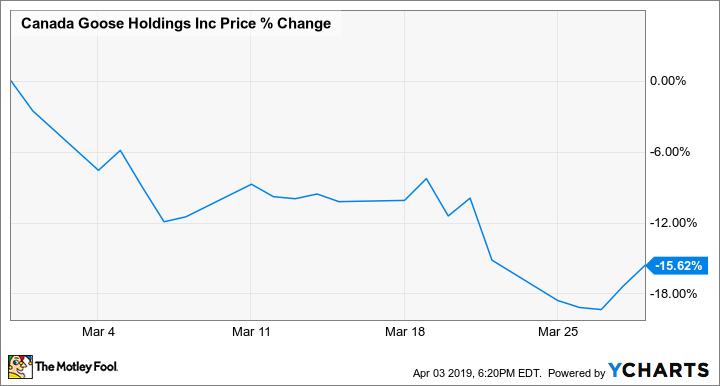 One incident that may have caused Canada Goose's sell-off in the beginning of the month was a rant by comedian Bill Maher for PETA, in which he said Canada Goose products were for "douches" and railed against the company's abuse of coyotes and geese that it uses to stuff and line its jackets. While the clip didn't air on his show, it did make some rounds on social media, and underscored a challenge the brand faces as others have criticized the company for its treatment of animals. 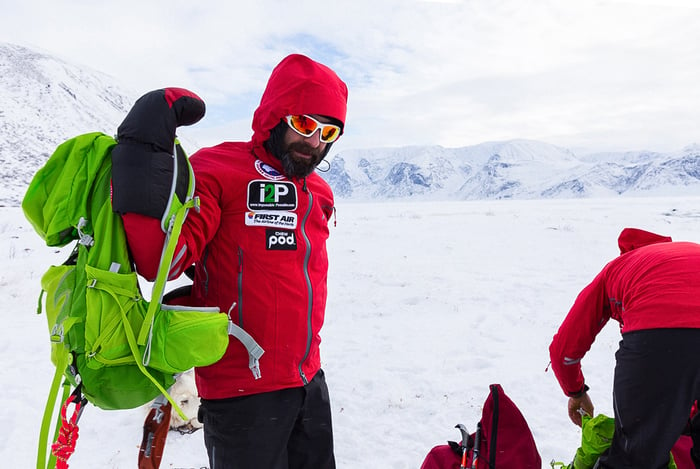 Canada Goose stock fell 7.6% in the first two sessions of March on high-volume trading, which could have been a response to the Maher clip. As a fashion brand, Canada Goose is particularly vulnerable to consumer perception, and a reputation for animal abuse could hurt the company if the accusations gain credibility.

On March 25, the stock fell 4% as PETA attacked the company again, promising a protest at a Chicago store the next day that would include protesters nearly naked and "bloody" to attract attention to the company's treatment of animals.

There's no question Canada Goose's financial performance has been impressive. In its most recent quarter, during the key winter and holiday season, revenue jumped 50% and earnings per share rose 66%. The company also raised its outlook for the fiscal year, calling for revenue growth in the mid-to-high 30% range.

However, the stock trades at a premium to other retailers, and it could be risky if brand sentiment shifts. Canada Goose investors should keep an eye out for other celebrities coming out against the company, which could certainly damage the brand.

Down 60%, These 3 Fashion Growth Stocks Could Make Great Long-Term Investments
420%